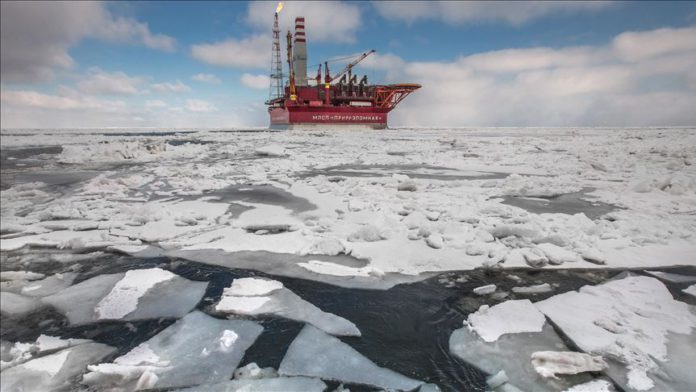 Norway’s decision to provide more tax relief to its oil sector, which means further support for fossil fuels and continued exploration in the Barents Sea, will pose a higher risk for the sensitive Arctic region, according to experts.

On June 8, Norway’s parliament agreed on additional tax breaks for the oil industry as part of a COVID-19 recovery package, and the parliamentary Finance Committee’s recommendation to the Parliament was passed amid objections from environmentalists and NGOs, as it “undermines Norway’s reputation as a leader in sustainability,” according to World Wide Fund for Nature (WWF).

On the occasion of the controversial decision, Karoline Andaur, CEO of WWF Norway, and Jan Dusik, lead specialist on sustainable development for WWF’s Arctic Program, spoke to Anadolu Agency on the move and its possible effects on the Arctic environment.

Noting that through this move, Norway is taking advantage of the COVID-19 crisis like Brazil and the US, Andaur stressed that the recovery package — “pushed by the oil and gas sector” due to unstable oil prices — will further lock the country into a risky fossil fuel economy.

“We have also seen that important environmental issues have drowned in the noise due to the corona crisis. Politicians see their chance to weaken environmental legislation that – in normal conditions – would not go unnoticed. COVID-19 will not be the last crisis they have to act on without losing sight of our time’s most important crisis to resolve – namely nature and climate crises,” she said.

Regarding the decision’s possible relationship with the postponement of the Paris Agreement, she highlighted that many Norwegian politicians and companies behave as if the agreement and improving the oil and gas industry are unrelated issues.

Due to the contradictious act, the country commits to reducing carbon emissions while maintaining investment in the oil industry, she said, adding the postponement of the upcoming climate accord may have made it easier for the country to decide on providing more tax relief.

“Unfortunately, there is very little chance that the oil tax decision will be changed in the short term,” she said, referring to the fact that although most people support climate demands in the COVID-19 recovery program, they are also in solidarity with employees that suffer financially due to the outbreak.

“But looking a bit further into the future, I think politicians are waking up to the reality that the shift away from fossil fuels requires political planning and that the voters will demand it.”

Andaur went on to say that “the most devastating consequences” for the world will arise if other countries follow Norway, which used the COVID-19 crisis to stimulate the oil and gas industry.

“We need a just transition away from fossil fuels, to avoid market-driven downturns followed by political panic. This is also key for securing jobs and green industry development in Norway,” she added.

“Experience shows that it is irresponsible to drill for oil and gas in the sensitive Arctic environment, as even with all precautions and technical measures, leakage or an accident cannot be ruled out,” said Dusik.

He said that oil spills in the Arctic can destroy species and affect local livelihoods and food security in the region.

Touching on the Arctic’s importance for the sustainability of the world, he stressed that the snow and ice play the role of a “bright white umbrella” that keeps the earth cool by reflecting the sun’s heat.

Citing the Intergovernmental Panel on Climate Change’s Special Report on the Ocean and Cryosphere in a Changing Climate, which was published last year and showed climate change as the main threat to the Arctic, he pointed out that the region is already under various threats.

“We must take a highly precautionary approach to reduce the risks of the climate crisis and protect the vulnerable biodiversity of the Arctic…This includes taking a sustainable development approach in response to growing industrial pressures as the Arctic warms,” he stressed.

Reminding that Norway is the only country with active offshore oil and gas activity in the Arctic, Dusik highlighted that the risks and potential results of increasing oil and gas development are not only “unacceptably high” but also incompatible with Paris climate targets.

Increased understanding of the impacts on the Arctic, need for technology and capacity on stemming oil spills, accountable governance and sustainable infrastructure capable of safely supporting the extractive industry are the gaps that should be prioritized and addressed before any new oil and gas development, he said.

“The current pandemic and the accompanying unprecedented economic crisis demonstrate the need to radically transform our relationship with nature,” he said, adding a return to “business as usual” is not an option anymore.

He said Arctic nations should keep in mind the need to invest in sustainable development in the region to make the Arctic more resilient and to balance the use of Arctic resources with protecting its nature.

Dusik believes that investing in renewable energy or in stimulating green jobs in the region will bring some benefits from the ongoing pandemic.

“Building long-term, stable economic growth requires a strong foundation of sustainability to ensure that all life in the Arctic – and the rest of the planet — will benefit,” he said.

The Arctic is warming faster than any other place on Earth as in the last three decades, the mean temperatures have risen by 6 degrees Celsius in the Central Arctic, while the Arctic Ocean has warmed half a degree every decade since the early 1980s, according to the Intergovernmental Panel on Climate Change.