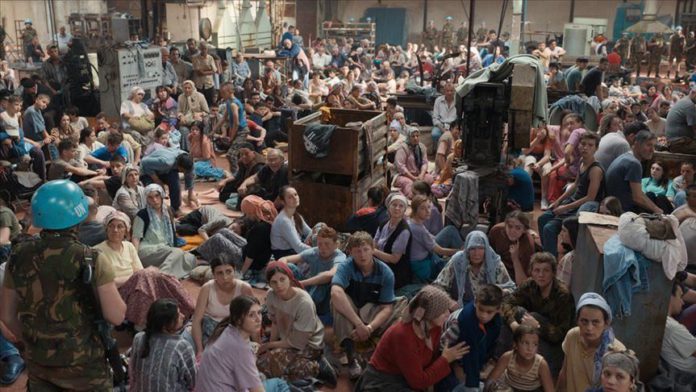 Bosnian director and screenwriter Jasmila Zbanic’s heart-wrenching Quo Vadis, Aida? (Where are you going, Aida?) was nominated on Thursday for the Oscar Awards.

The film was nominated in the Best International Film category at the 93rd Oscar Awards.

Quo Vadis, Aida? was a co-production of the Turkish Radio and Television Corporation and was previously shown at the Venice and Toronto Film Festivals.

The film will also compete in the 57th Antalya Golden Orange Film Festival and soon meet with audiences in Bosnia and Herzegovina.

A co-production between Bosnia and Herzegovina, Turkey, Austria, Romania, the Netherlands, Germany, Poland, France and Norway, the film is about the 1995 Srebrenica genocide.

It takes place in a UN base in the city of Srebrenica, Bosnia, and Herzegovina, during the days of the genocide when thousands of Bosnians, including women and children, were killed by Serb forces.

Zbanic, who was born in the capital Sarajevo, generally describes the traces of the Bosnian War on the witnesses of those days, especially its impact on women and children, in strong cinematic language.