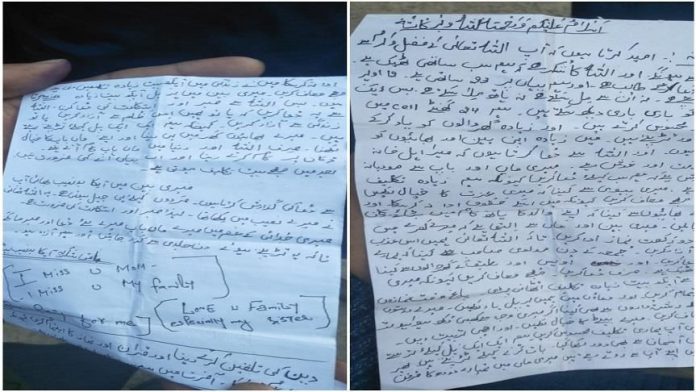 A letter from a detainee addressed to his family in Indian-administered Kashmir says he remains “confined to four choked walls”.

The detainee, held under provisions of the 1978 Public Safety Act (PSA), with another 22 Kashmiri men in an Indian jail, asks his family and friends to pray for him.

A copy of the letter available with Anadolu Agency says: “We are 23 Kashmiri brothers here and all of us are confined to solitary prison cells. Neither can we talk to each other nor can we shake hands but only remain confined to the four choked