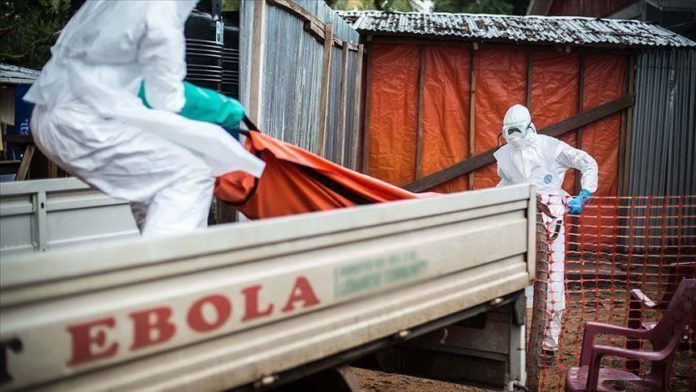 The death toll from Ebola in the Democratic Republic of Congo (DRC) has risen to 13, authorities said Monday.

In a statement, the Ebola Treatment Centre (CTE) said two more people died due to the disease.

Moreover, the case-count has risen to 21, with three more infections in the 11th Ebola wave.

No new cases were reported for 53 days in the 10th wave of Ebola outbreak, which began in the east of the country in 2018.

The DRC is grappling with the world’s second-largest Ebola epidemic on record, with more than 2,200 lives lost and 3,400 confirmed infections since the outbreak was declared on Aug. 1, 2018, according to the World Health Organization (WHO).

Earlier this month, the WHO expressed concern about a new Ebola outbreak in the western DRC.

“We are very concerned about this new outbreak in Mbandaka, where we have worked very closely with the government in 2018 to contain the last outbreak,” said WHO Regional Director for Africa Dr. Matshidiso Moeti.

On June 1, the DRC government confirmed that a new outbreak of Ebola virus disease is occurring in Mbandaka in the western Equateur province.