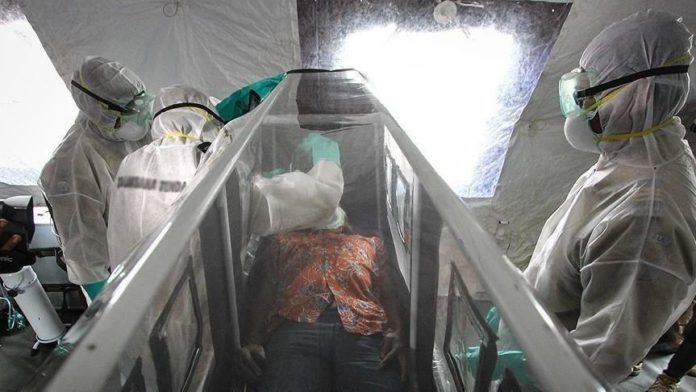 The Democratic Republic of Congo confirmed a new case of Ebola in the western province of Equateur, the health minister said Monday.

The new case was confirmed in the Mbandaka area, over 1,000 km (620 miles) from the ongoing outbreak in the country’s east, Eteni Longondo told reporters in the capital Kinshasa.

He added that a team of health experts is being dispatched to Mbandaka to support response teams.

In 2018, the Bikoro area of the Equateur province experienced an Ebola outbreak which killed 33 people.

Since the August 2018 outbreak in the provinces of North Kivu and Ituri, Ebola has claimed nearly 2,300 lives.

The new outbreak in Mbandaka represents a challenge, but it is one we are ready to tackle, Matshidiso Moeti, World Health Organization regional director for Africa, said in a tweet.

Citing a strengthened capacity to respond to outbreaks, she said that with each experience the response is faster and more effective.

In April, the WHO was days away from declaring an end to Ebola when a new chain of infection was confirmed in the east.