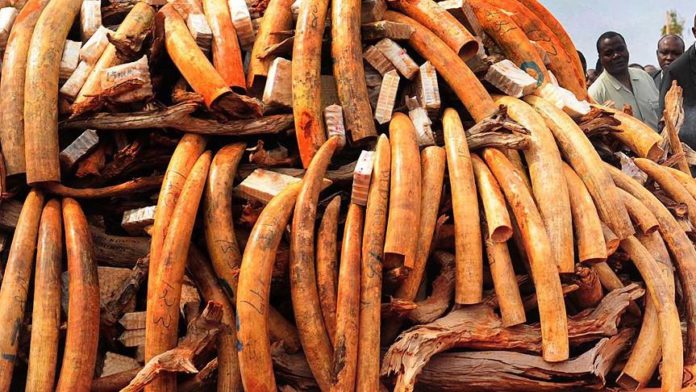 Authorities in the Democratic Republic of Congo announced Thursday that they had seized 1,500 kilograms of ivory in the last seven days, with the amount representing 80-100 slaughtered elephants.

Maitre Sabin Mande, a member of the Natural Resources Network in DR Congo, said that according to the size of each piece of ivory, it was obtained from mature elephants. He said the seized ivory is now in the hands of the authorities, although those responsible for killing the elephants have not been arrested.

“We arrested the ones who were looking for a market to sell the ivory and not those who killed the elephants. It is unfortunate that we have not nabbed those who took the ivory to the city of Lubumbashi,” he added.

The killing of elephants in DR Congo for their ivory has long been taking place. According to the UK-based non-governmental organization the Environmental Investigation Agency, from 2000-2014, authorities in DR Congo recovered eight metric tons of ivory in operations, while between 2015 and 2019, 20 metric tons were recovered.