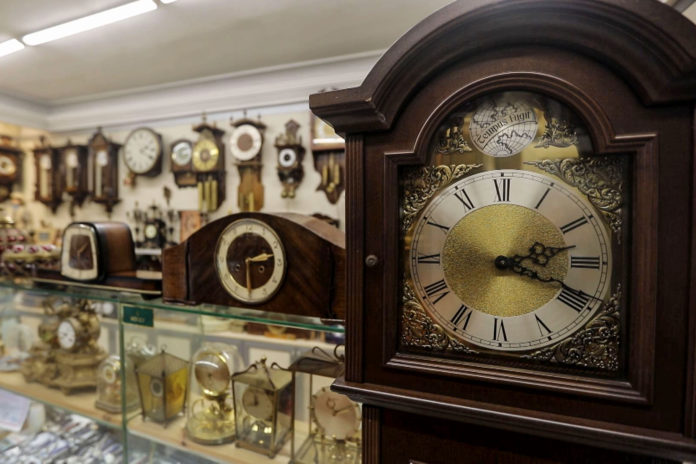 A Turkish watchmaker who repairs antique clocks dating back to Ottoman times dreams of fixing and maintaining these clocks on the mosque grounds, visiting them on a clock-repair caravan tour.

Mehmet Ali Karacuha, 51, started his trade with timepieces at the young age of 17 in Istanbul’s historic Fatih district.

He is also known as the “sole repairer” of antique wall clocks at historical mosques such as Selimiye in the northwestern province of Edirne and Suleymaniye in the Turkish metropolis of Istanbul, two masterworks by famed Ottoman architect Mimar Sinan.

“I have only one dream,” Karacuha explained. “Doing a (clock repair) tour of Turkey by caravan.”

“I want to repair and maintain all the clocks of the Ottoman era in the mosques without taking them out, and convey them to people, along with the history of the mosques,” he added.

‘Sound of the clock’

At least until he joins a caravan, master craftsman Karacuha practices his trade at the Saat Hastanesi (Clock/Watch Hospital) in Istanbul’s teeming Eminonu district.

Speaking to Anadolu Agency, he said that his biggest passion in the world is fixing timepieces.

The very sound of a clock’s gears and ticking serves to soothe his mind, he said.

Saying that sadly few people now are taking up positions as apprentices, Karacuha said: “Patience is the first thing in watchmaking.”

His own master would make him concentrate on a single technical task for an entire day, he remembered, adding: “Our profession is excellent, but it requires a lot of patience and attention.”

“I used to watch him work,” he said, adding modestly: “I’m not a complete master yet.”

‘Every master has a secret’

According to Karacuha, “The most evolved machine from the past down to the present day is the machine of time.”

Karacuha also spoke about the staggering watch collection at his own Istanbul shop.

The Clock Hospital boasts “some 1,500 clocks, including wristwatches,” he said.

Noting that he collects watches that catch his eye and have a history, he said: “These include French, English wall, granite and some clocks from the Ottoman era in the 1800s. The master who makes the inside of every watch has a secret.”

He pointed to the differences in watchmaking technology from the 1700s, which was done by hand, and current models.

Underlining that the clocks in mosques lack bells, Karacuha said that this is on purpose – the same clocks in churches, on the contrary, are engineered to have bells that sound out.

He also said that he repaired the historical clocks of the historic Selimiye and Suleymaniye mosques.

“When I was in Edirne, I learned that the clock in Selimiye Mosque was broken. It was a clock that hadn’t worked for 35 years,” he said.

“I got the necessary permissions from Turkey’s General Directorate of Foundations. After permission was granted, I took it and brought it to the Clock Hospital.”

He started working on the historic timepiece early in the morning and didn’t stop until the clock struck 10 pm, he said.

“Doing it is really something. (It’s like) you’re going back in time,” he said.

“’Who installed this clock, which sultans did he see?’ You think, ‘Millions of people saw that watch’.”

Saying that he is also interested in the watches of the Suleymaniye Mosque, which were last repaired over 70 years ago, in 1949, Karacuha said that historical artifacts should be protected.

The two Ottoman-era clocks in the Suleymaniye Mosque are not working either, he said: “We took the machines. They were pretty worn out.”

“When watches are left without oil, you get metal wear. A watch that will work for 200 years (if maintained), when it wears out can work for maybe 50 years,” he explained.

“These watches need to be maintained, oiled, and cleaned every four or five years.”

He added: “You do cleaning and maintenance. While maintaining the watches of the Suleymaniye Mosque, I took in a lot of dust.”