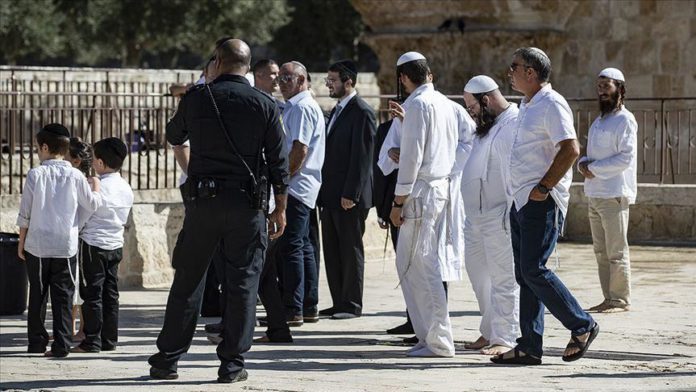 Dozens of Jewish settlers forced their way into Jerusalem’s flashpoint Al-Aqsa Mosque complex on Wednesday, according to an official with the Jerusalem Islamic Waqf.

“Ninety-eight Jewish settlers have entered the compound since the morning, accompanied by Israeli police,” the official told Anadolu Agency.

He said the settlers entered through the compound’s al-Mugharbah Gate, while more settlers are expected to enter the complex during the day to perform their rituals.