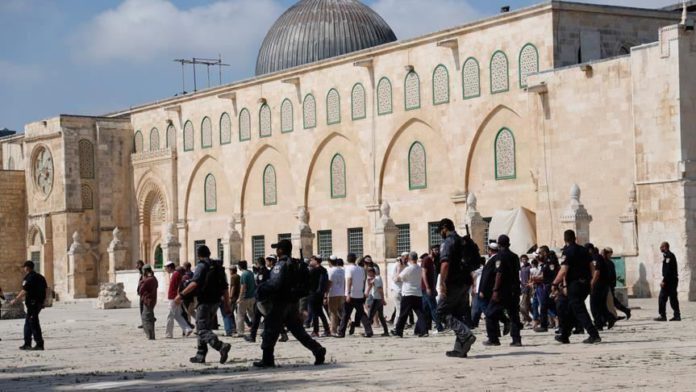 Dozens of Jewish settlers, accompanied by Israeli police, forced their way into Jerusalem’s flashpoint Al-Aqsa Mosque complex on Monday, according to a Palestinian agency.

In a statement, the Jerusalem Islamic Waqf (religious endowments) said 45 settlers entered the site through the compound’s al-Mugharbah Gate.

Palestinian religious authorities have repeatedly called on the Israeli government to halt settler visits to the holy site as they trigger confrontations with Muslim worshippers.

US: 6-week-old dies from virus in Connecticut