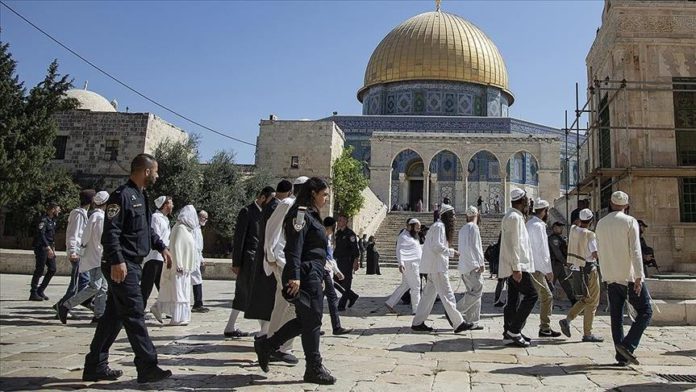 In a statement, the Islamic Endowment Department in Jerusalem said about 100 settlers broke into the flashpoint site guarded by Israeli police.

Israeli police began allowing the settler incursions in 2003, despite repeated condemnations from the Islamic Endowment Department.

Plane with 20 tons of supplies lands in Beirut: WHO