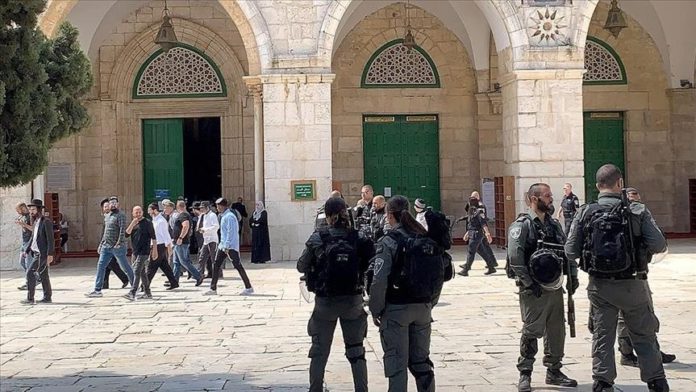 Dozens of Israeli settlers on Monday forced their way into the Al-Aqsa Mosque complex in occupied East Jerusalem, according to a Palestinian agency.

In a statement, the Islamic Endowment Department in Jerusalem said that 63 settlers broke into the flashpoint site guarded by Israeli police.