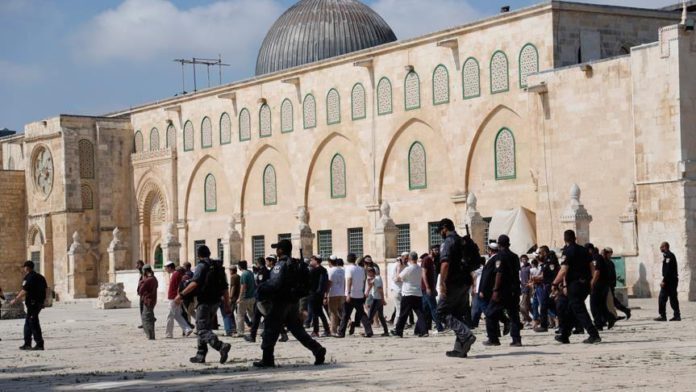 Dozens of Israeli settlers on Monday stormed the Al-Aqsa Mosque compound in the occupied East Jerusalem, according to an official statement.

The Jerusalem Islamic Waqf (religious endowments) said that 47 settlers backed by police forced their way into the site this morning through Al-Mugharbah gate.

The agency expected more settlers to converge on the complex later in the day.

On Sunday, 106 Israeli settlers broke into the holy site under police protection.

Israeli authorities allow settler incursions to the compound since 2003, despite repeated objections and warnings by the Palestinian religious authorities as the visits provoke worshippers of the mosque.