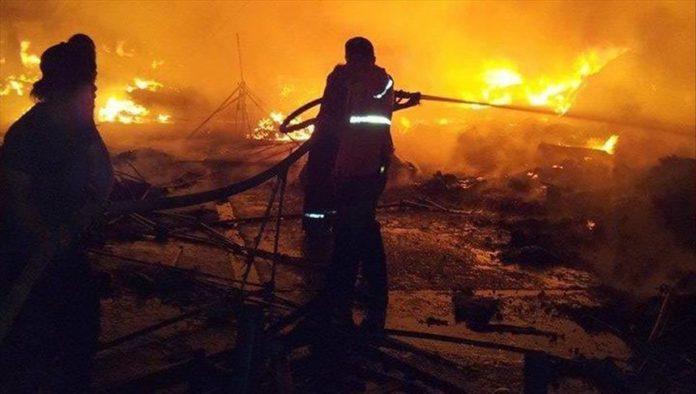 Dozens of people were hospitalized in the South Korean city of Ulsan after a fire engulfed a multi-story building late Thursday, according to local media.

The fire broke out in a 33-story commercial and residential building at midnight and engulfed the entire building due to strong wind, Yonhap News Agency reported.

Rescuers evacuated hundreds of people from the building. Around 90 people were taken to a hospital, with no death reported.

According to local officials, firefighters are still searching the building to ensue no one is inside.

Witnesses said the exterior walls of the building, possibly insulation, appear to have caused the fire to spread quickly, according to the report.