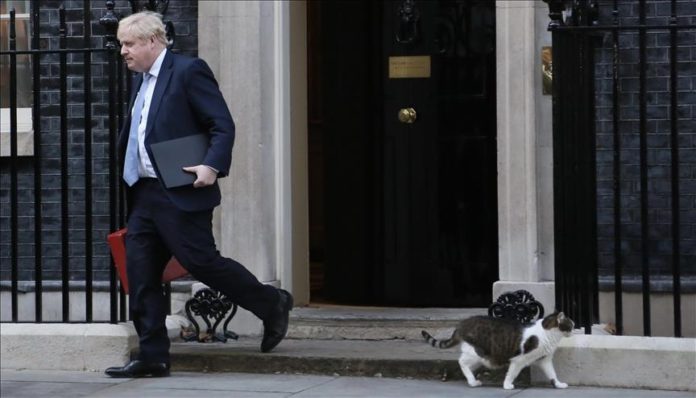 British Prime Minister Boris Johnson is facing a growing exodus of advisers and aides from his administration in Downing Street.

Elena Narozanski, a special adviser to Johnson on women and equalities, became the latest to offer her resignation on Friday, a day after four senior advisers quit their positions.

The exodus began on Thursday with policy chief Munira Mirza, who worked with Johnson for 14 years and was regarded as one of his most trusted advisers.

Mirza’s resignation, however, was not in response to the lockdown parties scandal, but due to inappropriate comments Johnson made about Keir Starmer, leader of the opposition Labour Party.

“You’re aware of the reason for my decision: I believe it was wrong for you to imply this week that Keir Starmer was personally responsible for allowing Jimmy Savile to escape justice,” Mirza said, referencing Johnson’s false accusation that Starmer failed to prosecute serial sex offender Savile when the opposition leader was director of public prosecutions.

“There was no fair or reasonable basis for that assertion. This was not the usual cut and thrust of politics; it was an inappropriate and partisan reference to a horrendous case of child sex abuse,” Mirza added.

Shortly after Mirza’s exit, Jack Doyle, the director of communications, handed in his notice.

Doyle, a former journalist, is reported to have attended one of the many illegal parties held at Downing Street in December 2020 during a nationwide lockdown.

Doyle, however, said it was his intention to leave after having served Johnson’s administration for two years. According to reports, he said the revelations of the “Partygate” scandal had “taken a terrible toll on my family life.”

Martin Reynolds, Johnson’s principal secretary, tendered his resignation shortly after Doyle. He was the person responsible for sending out an email inviting Downing Street staff to a drinks party in May 2020 during the first national lockdown.

Reynolds’ email was leaked last month and it was later discovered that Johnson and his wife Carrie Symonds had attended the party.

Reynolds, however, will return to a position in the Foreign Office.

Next to go was Chief of Staff Dan Rosenfield, who worked in the Treasury for former chancellors Alistair Darling and George Osbourne before joining Johnson in 2021.

Apart from the resignations, a number of Tory lawmakers have submitted letters of no confidence in Johnson’s leadership, with three publicly announcing their distrust in the prime minister earlier this week.