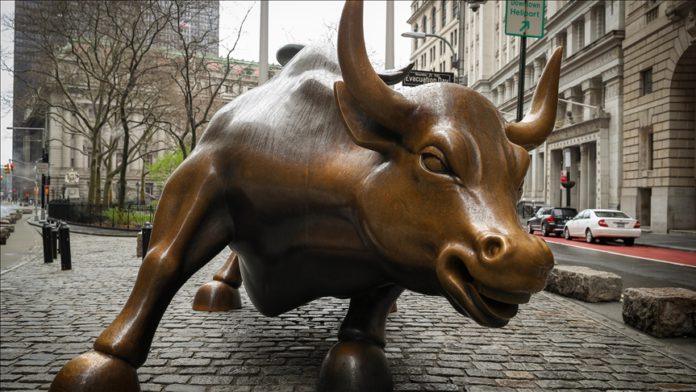 Dow Jones and S&P 500 hit new record high levels on Friday after strong jobs report in the US, while European indexes were still heading firmly to stay on positive territory.

The strong data provided a positive outlook for the economy and confidence among investors, as the VIX volatility index, known as the fear index, fell for the second consecutive day by shedding another 3% to 16.76.

Oil prices showed losses with Brent crude falling 0.4% to $71 per barrel and West Texas Intermediate stood at $68.55 with a 0.8% decline.

In Europe, major indices have continued to stay on positive territory with strong financial results from major companies.

Denmark-based Maersk, the world’s largest container shipping line and vessel operator, saw its revenue rise 44% to $26.7 billion during the first six months of this year and up 58% to $14.2 billion in the first quarter year-on-year.

STOXX Europe 600, which includes around 90% of the market capitalization of the European market in 17 countries, reached a new all-time high of 471.03 points at the time.

Turkey gives more to UN budget than many in Europe

Oil prices up after US agrees COVID-19 plasma treatment