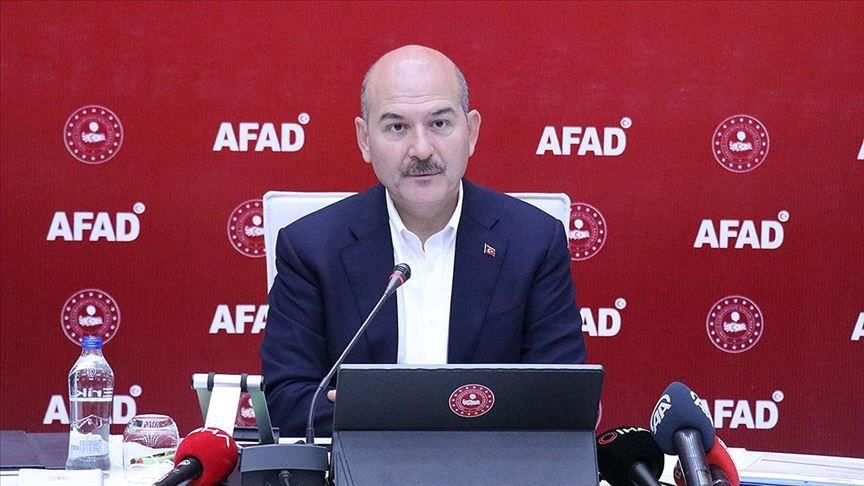 Turkey has said that even though the humanitarian crisis in Idlib, Syria is partially off the agenda due to the coronavirus pandemic, it should not be ignored by world leaders.

Addressing an aid meeting in southern Hatay province on Sunday, the country’s interior minister said Turkey has managed to deal with the virus outbreak amid a migration wave.

“Thanks to the measures we have taken, Syrian refugees are not exposed to coronavirus to a large extent. So far the camps and repatriation centers haven’t faced the risk,” Suleyman Soylu said.

“Still, the situation isn’t getting better [in Idlib] and the problems haven’t been resolved yet.”

He urged the international community not to turn its back to “human tragedy” in Idlib.

“It has to be understood that the problem is not of Turkey or the people who’re suffering but the entire humanity,” he said.

Soylu said that despite the Elazıg earthquake and the virus outbreak, $103 million (696 million 544 thousand liras) have been collected for Idlib since Jan. 13.

Idlib falls within a de-escalation zone laid out in a deal between Turkey and Russia in late 2018.

The Syrian regime and its allies, however, have consistently broken the terms of the cease-fire, launching frequent attacks inside the zone.

It is currently home to 4 million civilians, including hundreds of thousands displaced throughout the war-weary country.

Turkey over the years has worked to protect the local civilian population, as well as rid the wider region of terrorist elements.

Touching upon Ankara’s efforts to curb the spread of COVID-19, the minister said: “In the fight against coronavirus, Turkey has been the most successful country worldwide with its public administration and healthcare system.”

The country has recently moved towards normalization after two months of social restrictions.

President Recep Tayyip Erdogan canceled the planned weekend curfew of June for 15 cities, giving relief to millions confined at home due to the pandemic.