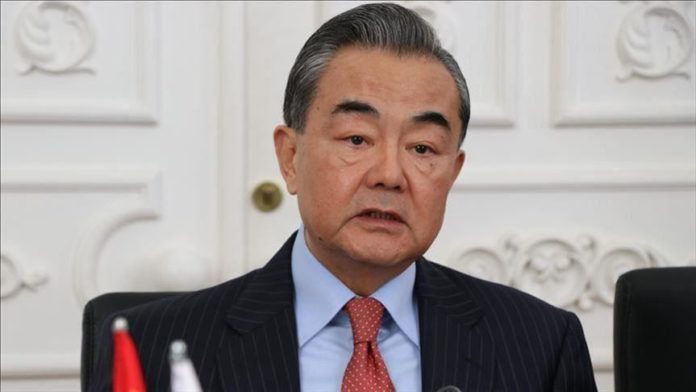 China has urged the UK to refrain from meddling in the “internal issue” of Hong Kong, Chinese state-run media said on Tuesday.

Wang, according to the news agency, said maintaining national security in Hong Kong concerns China’s core interests, thereby a major issue of principle that must be adhered to.

“The legislation will better ensure various rights and freedom of Hong Kong citizens, and also make all law-abiding foreigners feel more at ease working and living in Hong Kong while the current capitalist system in Hong Kong will not change, nor will its rights to a high degree of autonomy enjoyed under the Basic Law, or the way of life of the Hong Kong citizens ,” Wang explained.

For his part, British Foreign Secretary Dominic Raab assured his Chinese counterpart that his country is committed to developing a strong bilateral relationship with China.

“Within the framework of a mature Britain-China relationship, the two sides can have a candid exchange of views on any topics,” the agency quoted Raab as saying.

On May 28, the UK, Australia, Canada and the US expressed “deep concern” on Beijing’s decision to impose a national security law in Hong Kong.

“Direct imposition of national security legislation on Hong Kong by the Beijing authorities, rather than through Hong Kong’s own institutions as provided for under Article 23 of the Basic Law, would curtail the Hong Kong people’s liberties, and in doing so, dramatically erode Hong Kong’s autonomy and the system that made it so prosperous,” the four countries said in a joint statement.

Hong Kong, a semi-autonomous region under China since 1997, last year witnessed protests against the move to legalize extradition to mainland China.