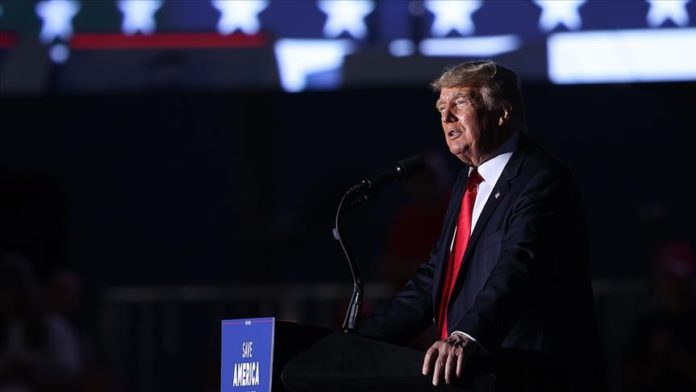 In his first rally since leaving the White House, Donald Trump lashed out at his successor President Joe Biden and the Democratic Party, while also rehashing allegations that voter fraud led to his defeat.

Addressing a crowd of thousands in Wellington, Ohio, Trump reiterated his claim that last November’s presidential election was “stolen.” “We won the election twice,” he claimed, adding: “It’s possible we’ll have to win it a third time. It’s possible.”

More than 60 court cases nationwide have rejected Trump’s Republican Party claims of voter fraud, along with assessments by the Justice Department, other federal officials, and audits in multiple states.

The former president went on to say that the number of immigrants reaching the US has risen and that the government has no idea of their identity, blaming the Biden administration.

Trump also argued that Biden has kowtowed to China, calling his performance on the global stage an embarrassment.

While not clarifying if he would run for president again, Trump tried to rally his followers, saying that the Republican Party could regain the majority in both houses of Congress in next year’s midterm elections.