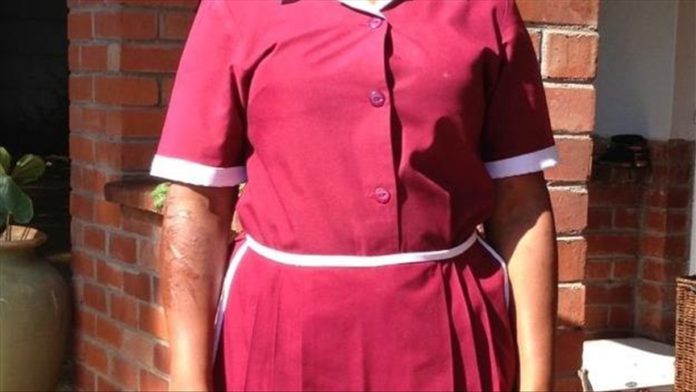 In the beginning, 19-year-old Miriam Shoko, a housemaid by profession in Zimbabwe, was receiving a steady income, with two years of hard work to her credit, but that is no longer the case.

For the past year, Shoko said her employer has not paid her a dime, claiming she has been experiencing financial challenges.

Lydia Gwande, Shoko’s employer and a 46-year-old teacher, said her income had become too sparse for her to keep paying her housemaid.

Currently, Zimbabwean teachers employed by the government earn about $200 monthly.

From that same amount, Gwande, who lives in Rujeko, a suburb of Zimbabwe’s oldest town Masvingo, said she has to pay a rent of $100 for a three-room apartment.

Paying the $50 monthly wage to her housemaid has over time become a mountainous task as the teachers’ wages get eroded by other demands before she even gets to the matter of her maid.

Her husband, 53-year-old Maynard Gwande, who used to be a transport operator owning minibuses ferrying passengers in Masvingo, fell out of business last year after the Zimbabwean government banned private-owned taxis from operating during the coronavirus pandemic.

Now what her employer has done, said Shoko, is to feed her just like any of her children. Yet that has never been enough for Shoko, as she has a 4-year-old child to look after.

“It was good for the first two years when I started to work here, with my employer making sure she was giving me my wage at the end of each month, soon after getting her own salary. But now things have changed, and for a year now, I haven’t been paid,” she told Anadolu Agency.

As many housemaids suffer due to nonpayment of their salaries, Zimbabwe’s domestic workers, like maids and landscape technicians, are also grappling with poor working conditions.

Even as the government has come out to set the wages meant to be earned by domestic workers like Shoko, that has not helped matters for many like her.

“I don’t even know if the government has said anything about what I should earn. What I can tell you right now is I haven’t been paid for a year. I don’t know if that is because my employer’s husband lost his business due to coronavirus restrictions on his transport business,” said Shoko.

“You know for a fact that since last year, the government banned omnibuses and taxis owned by the private sector from operating to curb the spread of COVID-19. Life is more precious than business,” a government official at the Information Ministry, told Anadolu Agency on condition of anonymity.

Not only has Shoko been unpaid, but she claimed her own rights were at stake as a housemaid, toiling daily from 5 a.m. to 11 p.m. even as her wages have ceased coming.

“I also earn very little and with my husband out of business, I can’t afford to shoulder the role of paying our maid from my little wage,” Gwande told Anadolu Agency.

Zimbabwe’s normal working hours are eight hours daily, often from Monday to Friday, with most workers taking a break on weekends.

Like Shoko, Zimbabwe’s landscape technicians, also known as “garden boys,” such as 26-year-old Mendisi Siziba based in Masvingo, also have to contend with labor injustice.

“My employer gives me $30 each month, saying that it is enough, as I stay at his house free of charge, receiving food from him. It’s unfair,” said Siziba.

“I work every day with no rest. Even on weekends.”

“I get jobs for domestic workers and I get paid for facilitating their employment. What I know is that those that I get jobs for are very happy with their wages,” said Murowe.

For many, like Shoko and Siziba, that is a non-starter.

To surmount the plight of domestic workers, trade unionists have called for raising the wages earned by houseworkers.

“The Tripartite Negotiating Forum should come up with a minimum wage that matches the total consumption poverty level to eliminate exploitation,” Obert Masaraure, the president of the Amalgamated Rural Teachers Union of Zimbabwe, told Anadolu Agency.

As domestic workers continue to suffer, their plight has shaken even other union leaders, like Peter Mutasa, the head of the Zimbabwe Congress of Trade Unions (ZCTU).

“This is a group of workers suffering in silence and abandoned by the government. The majority can’t even afford transport fares to and from their workplaces. Many don’t have medical insurance or any form of social security,” Mutasa told Anadolu Agency.

The pandemic has also worsened the plight of Zimbabwe’s domestic workers, according to their union leaders.

“The COVID-19 pandemic has brought new challenges to domestic workers, changing the duties of many domestic workers, who are now taking care of COVID-19-positive employers, with the same employers not providing their employees with PPEs (personal protective equipment),” Hilarious Ruyi, the secretary-general of the Zimbabwe Domestic and Allied Workers Union, told Anadolu Agency.

As such, according to union leaders in the southern African country, like ZCTU’s Mutasa, the government has a responsibility to protect domestic workers, but it has abandoned them completely.