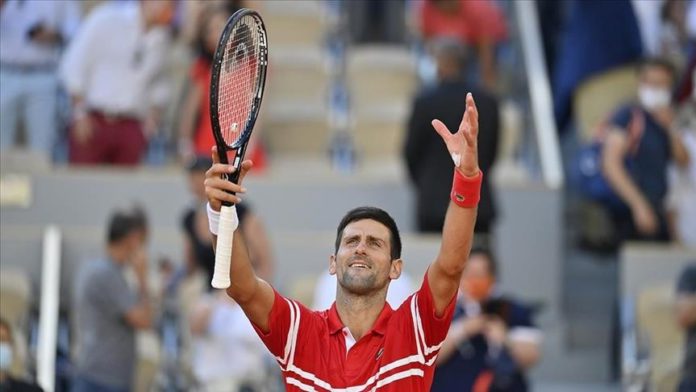 This year Novak Djokovic wants to score a “Golden Slam” by bagging all four Grand Slams as well as the Tokyo Olympics gold medal.

Djokovic, 34, told the Serbian press about his ambition, which in addition to Tokyo would require a triumph at the US Open, set to start on Aug. 30.

If he manages it, the Serbian superstar would be the first man ever to capture the Golden Slam.

Djokovic, who won a bronze medal in the 2008 Beijing Olympics, has better odds this year of grabbing the gold, as top players such as Roger Federer, Rafael Nadal, and Dominic Thiem will not take play in the 2020 games, set to start Friday after a one-year delay.

If Djokovic wins the US Open tournament, he could make history as the player with the most Grand Slam titles.

He would also be the first men’s tennis player since Australia’s Rod Laver in 1969 to win all four Grand Slams in the same year.