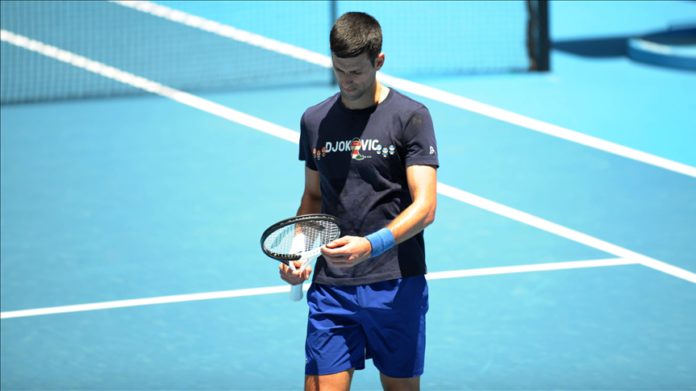 Serbian tennis champion Novak Djokovic could miss out on the forthcoming French Open tournament if he remains unvaccinated against COVID-19, the French Sports Ministry said on Monday as the country has adopted a new vaccine pass law.

The parliament on Sunday approved the bill establishing the vaccine pass that mandates proof of complete vaccination schedule for anyone above the age of 16 years to enter public places and crowded venues. A negative antigen or PCR test will no longer be valid for unvaccinated people to access public places.

Roxana Maracineanu, minister delegate in charge of sports, suggested that French or foreign professional athletes would not be exempted from this rule, expected to come into force in the coming days.

“As soon as the law is promulgated, it will become mandatory to enter public buildings already subject to the health pass (stadium, theater or lounge) for all spectators, practitioners, French or foreign professionals; the world of sport will not escape its application,” she said on Twitter.

Djokovic, who was expelled from Australia and barred from participating in the Australian Open for skipping vaccination against COVID-19, returned to his native Serbia on Monday. If he does not complete his vaccination schedule by May, he is likely to miss out on the French Open championship which will be held at Roland Garros from May 22 to June 5.

Although rules could change in the meantime, depending on the coronavirus situation and the results of the presidential elections scheduled between April 10 and 24, politicians from the ruling party have insisted there cannot be separate rules for French people and foreigners.

Christophe Castaner, a senior leader of the ruling party La Republique En Marche, asserted there can be no preferential treatment for stars like Djokovic who are unvaccinated.

Djokovic cannot expect to play if he does not respect the vaccine pass rule which applies in sports venues, to spectators, ball boys, and other professionals who go to work and run a shop at Roland-Garros, Castaner told BFMTV news on Monday.

“What world would we be in if we considered that because he is a star, he can deviate from the rules?” he questioned.

France, which is experiencing a massive surge in COVID-19 cases – with a daily average of 200,000 cases – is aiming to keep the country’s health system from total collapse with the imposition of the vaccine pass.

President Emmanuel Macron defended his brutal remarks of wanting to “piss off” the unvaccinated by bringing the vaccine law to tighten the noose around them. The government hopes the law will convince the 5.3 million eligible population that has deliberately chosen to remain unvaccinated to get the jab.