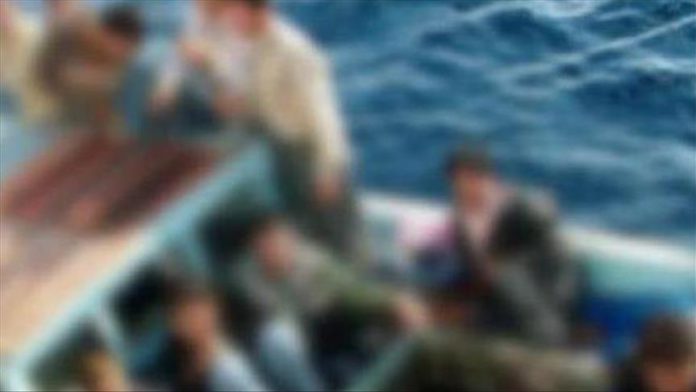 At least 20 migrants perished on Wednesday after human smugglers pushed 80 off a boat along the East African coast of Obock in Djibouti.

Mohammed Abdiker, East & Horn of Africa regional director of the International Organization for Migration (IOM), said on Twitter the boat was on its way to Yemen when the incident took place.

This was the third such tragedy in less than six months, claiming over 70 lives, he added.

Yvonne Ndege, IOM regional spokesperson, told Anadolu Agency by phone that the smugglers threw people into the sea, saying the boat was overcrowded.

“The boat left from Oulebi, Djibouti, with 200 migrants, including women and children. The smugglers started shouting there were too many people on board and started throwing people into the sea. The survivors are being treated at the IOM’s Migrant Response Center in Djibouti,” she said.

Five bodies have been recovered so far, she added.

“The migrants, mainly Ethiopians and Somalis, try to reach Saudi Arabia in search of jobs after passing through Yemen. Thousands are stranded there and many are languishing in detention centers,” Ndege told Anadolu Agency.

Djibouti, bordering Somalia in the south and the Red Sea and Gulf of Aden in the east, is a small country located in the Horn of Africa.

Israel goes back to virus lockdown amid 5,000 new cases