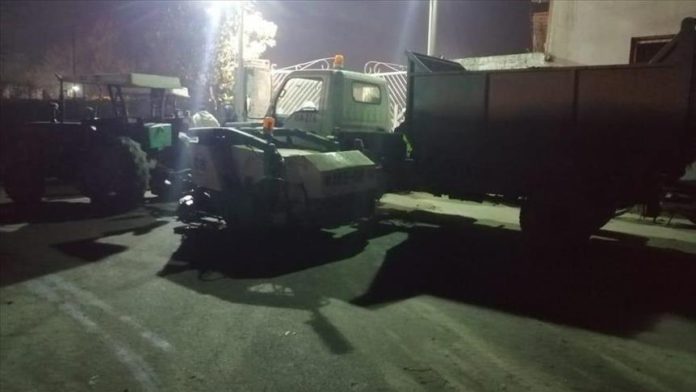 A Pakistani waste management company in the country’s northeastern city has been resisting to abide by a court’s order of returning vehicles to two Turkish firms, said the CEO of a Turkish group on Thursday.

In a statement, Nizamettin Kocamese, CEO of the Turkish Ozpak group, said Lahore Waste Management Company (LWMC) has not complied with the Lahore High Court’s decision.

On Tuesday, the Lahore High Court ordered the immediate return of vehicles to the Turkish companies which were seized by authorities last week.

Justice Shahid Kareem ruled that the LWMC is not authorized to misuse its position as a client to engage the police commissioner’s office to dispossess the contractor of its assets.

Arguing that LWMC has violated terms of the contract more than once, Kocamese said that only options they have been left with is the international arbitration.

He also said the police did not help them despite the court order.

On Dec. 21, six facilities used as garages by Albayrak and Ozpak companies providing cleaning services in Lahore were raided by the Pakistani police force.

The police forcibly detained employees leading to a brawl. Some of the employees were physically abused by the police force, and they were not allowed to get their personal belongings.