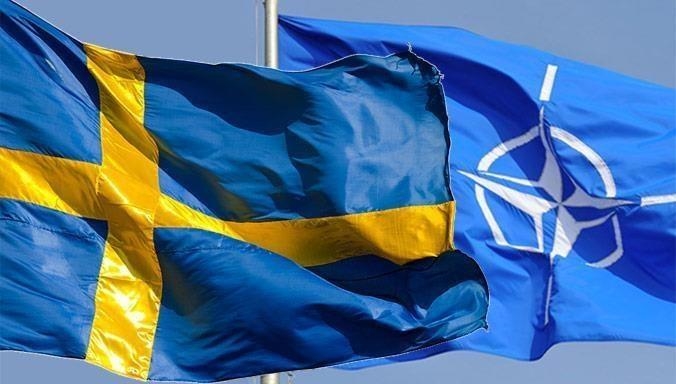 High officials, experts, and the public in Sweden are becoming increasingly uncomfortable with the Nordic country’s “rushed decision” to join NATO following Russia’s invasion of Ukraine.

One such person is Thomas Jonter, the director of Stockholm University Graduate School of International Studies.

“I think that there is a reason that people are worried about this very fast process because it’s been clear by the government that we have to move fast, that we have to follow Finland and many believe that it is not absolutely correct to say,” said Jonter, who is also a professor of international relations.

Many former government officials are of the view that Sweden could have waited more and analyzed the situation better, he said.

Membership in NATO would mean an end of 200 years of military non-alignment for Sweden.

Swedish Prime Minister Magdalena Andersson warned earlier that her country could be in a “vulnerable position” during the application period when NATO is not obliged to defend its potential members.

She urged the Swedish public to brace themselves for Russia’s response.

“Russia has said that it will take countermeasures if we join NATO, we cannot rule out that Sweden will be exposed to, for instance, disinformation and attempts to intimidate and divide us,” the prime minister said.

Henrik Silver, a Swedish journalist, said she is concerned about how the decision was made.

“It was a rushed decision. It has not been debated among the public but the timing was very good for the government. They wanted to get rid of this question before the elections we have in September.

“Well democracy is normally a very slow process. Everyone has to be involved, it has to be discussed properly but this has been a steam roller on fire really during these two months, so we didn’t really have a proper public discussion that is really the argument that has been going on lately. Is there a big public opinion against NATO? No. But we are a bit reluctant, most of us,” Silver added.

Part of the reluctance among Swedes comes from the fact that Finland, which shares a 1,300-kilometer (800-mile) border with Russia has so quickly made up its mind to join the Western military alliance, and that it is Finland in fact that is making the timeline and not Sweden.

Stefan Lofven, Sweden’s Social Democratic prime minister from 2014 to 2021, thinks that “everybody would have wanted more time for this because it’s a huge issue.”

“At the same time, we know that you don’t always get the time that you would like to have,” he said.

“I also wish that Finland could have waited. It’s not an ideal situation, in the middle of a blazing war,” he said.

In a dig at Stockholm’s position, an image of the comedy character Mr. Bean as a Swedish official has gone viral on social media. In the image, Bean is seen as shamelessly copying a Finnish official as he signs the NATO membership application.

While a whopping 76% of Finns are in favor of joining NATO, Swedes are a lot more divided. Recent polls suggest that only between 50% and 60% back the idea of NATO membership.

“It’s gone very fast but for the ruling social democratic party it was a golden opportunity in a way, there is a big hesitancy in the party for the NATO membership.

“Now they had the wind in their back, they could move forward rapidly had they waited for a year or so public opinion could have been very different indeed,” journalist Silver added.

Sara Andersson Ajnnak, an artist who belongs to the Indigenous Sami community in the country’s north, thinks Sweden’s decision to join NATO could impact their rights in a negative way.

“I feel it is problematic for Sweden to join NATO, especially for me as an Indigenous person in the north. There is already a fight over land in the country and I believe that NATO can see the north of Sweden, (which is Indigenous territory), as a huge military region to carry out their drills. So, I just see this as another form of colonization.

“Even today we are affected by the air force activity which impacts the reindeer population. Such activities are now likely to increase and I’m scared how this decision to join NATO will affect our rights and the environment,” she said.

If Sweden manages to become an approved NATO member it will mean that the country will be a part of NATO’s defense planning and acquire security guarantees.

However, in return Sweden will also have to adjust and abandon its security policy and foreign policy of non-alignment.

“We are strongly against nuclear weapons in Sweden, we look at NATO with skepticism I mean NATO has had a troubled history as well recently so we are not really happy having a commander that is American and America has its own interests. Are they compatible with Swedish ones? Not always,” Silver asserted.

Things are not going according to the plan when it comes to Sweden and Finland joining the military alliance as Turkish President Recep Tayyip Erdogan has firmly opposed their membership over their support for the terrorist organization PKK/YPG and Fetullah Terrorist Organization (FETO).

“I think we, all of us in Sweden and also the decision makers have been little bit naive thinking that it is going to take a couple of weeks or a couple of months and that we are members. It is not the way it works. Every single NATO member has a say in this process and as you know some of the NATO members have concerns about Sweden becoming a member. I think it is going to take time,” said Jonter.