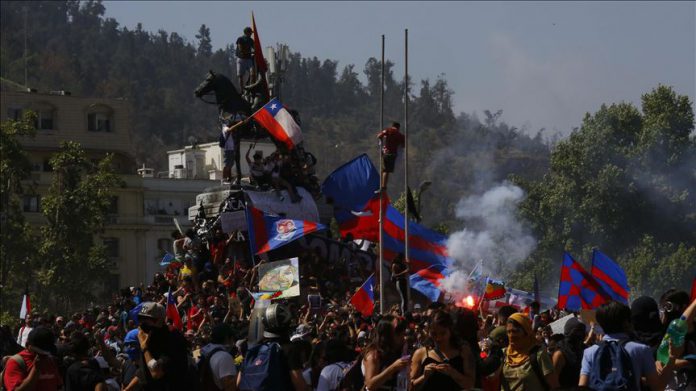 Chilean President Sebastian Pinera’s disapproval rate has risen to 84% amid ongoing anti-government protests, according to a latest survey.

Pinera’s disapproval rate rose 6% after the start of protests, while his approval rate lost 4% to reach 12%, the Santiago-based Criteria revealed on Twitter on Thursday.

Chileans also showed discontent with the members of the current government with 87%.

Only 3% of the participants considered the Executive’s action to restore public order in the South American nation “effective”, since the social outbreak began on Oct. 18.

The perception of Chile’s decline increased by 10% and stands at 59%, according