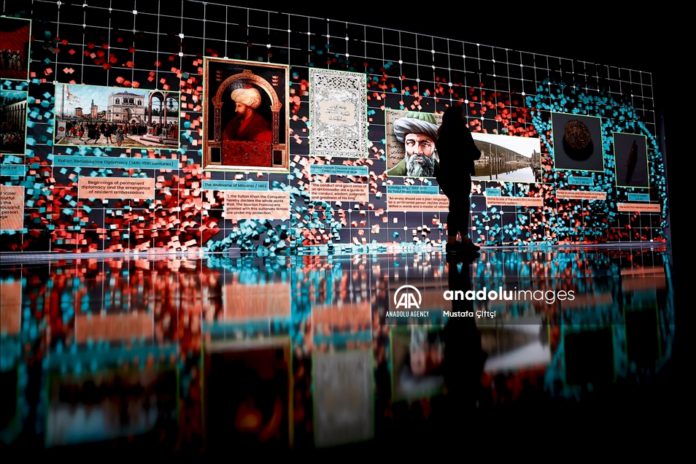 A ‘Tunnel of Diplomacy,’ on which pictures revealing the significant historical diplomatic developments were reflected, was created within the ADF.

The tunnel included a platform on which works of Osman Hamdi Bey are reflected, and a section exhibits the photographs taken by Ara Guler.
​​​​​​​

Talking to Anadolu Agency, ADF’s co-coordinator, Gulsen Karanis Eksioglu, stressed that the forum is one of the projects that Mevlut Cavuoglu attributed most importance.

Nothing the presence of many political and economic forums, she noted that ADF fills a gap in diplomacy.

Particularly on the ‘Tunnel of Diplomacy,’ Eksioglu underlined that the 85 most significant developments shaped world history, including the Egyptian-Hittite Kadesh Treaty and recent meetings of Cavuoslu in Geneva.

Both our tunnel and the exhibition area will remain open for our guests throughout the forum. They need to spare about half an hour to watch all of them, she added.

Debates of global importance will be analyzed in-depth during the forum, including the Balkans, the future of Europe, trans-Atlantic relations, refugees and migrants, and the threat of terrorism. There will also be a session on Turkey’s proposal for an Eastern Mediterranean conference.