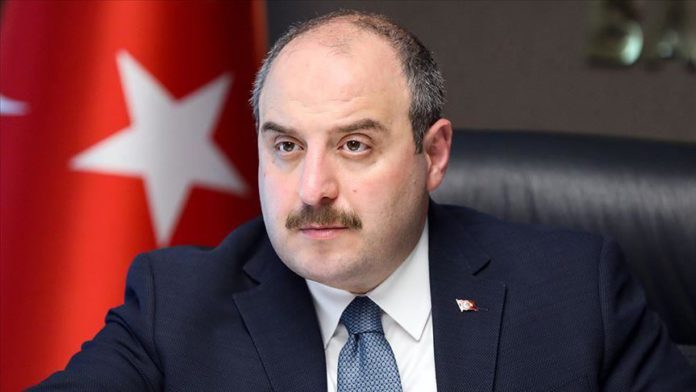 Turkey is urging the G20 digital economy ministers to tackle the issue of digital security for social media platforms.

The recent hacking of high-profile Twitter accounts “clearly shows that global technology giants can be an enormous problem,” Mustafa Varank, Turkey’s technology and industry minister, said in his speech at the virtual G20 Digital Economy Ministers meeting this week.

In the face of various motives “to use these accounts to spread global disorder, we should put this issue on our agenda,” he told the closed-door gathering in remarks released late Thursday.

Last week, several prominent Twitter accounts were hacked, along with fake “requests” for Bitcoin donations from the verified accounts of former US President Barack Obama, tech mogul Elon Musk, and US presidential contender Joe Biden, among others.

Shortly after the hack was discovered, Twitter proactively froze many accounts, including ones with recently changed passwords.

“Technology will certainly be more involved in our lives than ever before,” he said, explaining that emerging technologies require an inclusive, sustainable, transparent, safe, and human-centric ecosystem.

The world’s new economic and social model will be rooted in data processing and meaningful transformation, he said.

As data will be at the center of all aspects of political and social life, accountability mechanisms should be promoted to prevent personal data breaches, Varank suggested.

“This shows the necessity for a responsible regulatory environment which builds trust,” one which strikes the right balance between privacy and transparency, he added.

After fruitful discussions on the free flow of data with confidence, the G20 Digital Economy Task Force sees user consent, security, and trust as the pillars of personal data protection, Varank explained.

Stressing the necessity of human-centricity to boost social welfare standards, Varank said smart cities are the most concrete examples of this.

Turkey is implementing a National Smart Cities Strategy and Action Plan which focuses on environmentally sound, sustainable, rights-respecting, and inclusive principles, he underlined.

Thanks to this year’s G20 Smart Mobility Practices, the diffusion of smart mobility systems will be accelerated in inclusive and sustainable ways.

“We’re ready to share Turkey’s experience with digital security measures to boost the efficiency of ongoing efforts,” he added.

Noting that the world is going through challenging times, Varank underlined that Turkey is doing its best to fight coronavirus while sustaining economic activity.

“Thanks to our impact-oriented policies, we have been successful in both,” he stressed.

Pointing to the recovery in Turkey’s leading indicators such as manufacturing PMI, capacity utilization, and investment appetite, Varank said laying the cornerstone for Turkey’s first indigenous car plant was one of the country’s responses to a rapidly changing digital economy.

“Our aim here is to become a smart country,” Varank added.

The groundbreaking ceremony of the plant, which houses Turkey’s first indigenous car engineering, design, and production center, was held last week in the northwestern Bursa province.

Turkey’s first electric car is expected to roll off the production line in the last quarter of 2022.