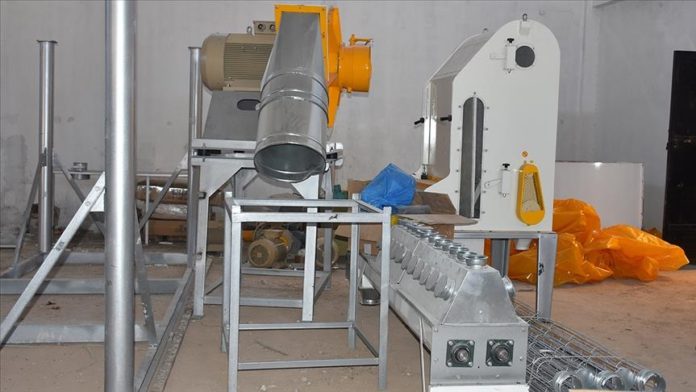 A digital flour factory will be built in Syria’s northern Tal Abyad city, which was cleared of terrorists through Turkey’s Operation Peace Spring.

The factory will be established by the cooperation of the Syrian Provisional Government and Tal Abyad Local Council to meet the needs of the region with its flour production by using high technology.

Private mills in the region were insufficient to meet people’s needs and the factory will meet this need, head of the Tal Abyad Local Council Saleh Hac Abdullah told Anadolu Agency.

The factory will be run by the local council, employ 27 people, and make prices of bread and flour affordable the region’s people, and those who import flour from Turkey will save both time and costs, he added.

All production and operation stages of the factory will be managed through an electronic control panel and digital operating system, said Hassan Muhammed, the vice president of the Syrian Provisional Government’s Grain Institution.

Tal Abyad was liberated from YPG/PKK terrorists by the Turkish Armed Forces and Syrian National Army on Oct. 13, 2019, during Turkey’s counter-terror operation in northern Syria.