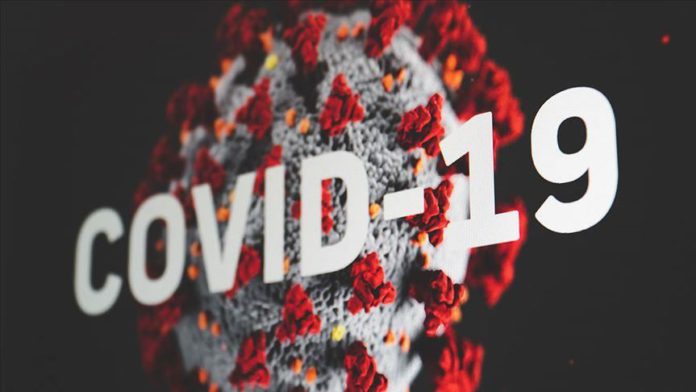 The novel coronavirus has infected more than 3.8 million people worldwide and killed nearly 270,000 since the first cases were reported in Wuhan, China last December, but the timeline may have been different according to some recent studies.

On Dec. 31, 2019, Chinese authorities informed the World Health Organization (WHO) about several cases of an unusual pneumonia in Wuhan. The virus was then unknown.

In January, China confirmed that a new type of coronavirus was spreading, with 41 confirmed cases between Dec. 8, 2019 and Jan. 2, mostly in connection with a seafood market in Wuhan.

After the virus spread to other countries including Japan, South Korea, Taiwan and the US, the WHO declared a global health emergency on Jan. 30.

On Jan. 24, the first cases of the coronavirus in Europe were confirmed in France.

But this timeline might be updated, according to an article published by a scientific journal in France on May 3.

First case in France dates back to December

A study published in the International Journal of Antimicrobial Agents suggests that COVID-19 was already spreading in France in late December.

Doctors at a hospital north of Paris reviewed retrospective samples of 14 patients treated for atypical pneumonia between Dec. 2 and Jan. 16.

They included the sample of a 42-year-old Algerian man with no history of travel to China. When doctors retested his old sample, it came back positive for the novel coronavirus.

“The absence of a link with China and the lack of recent travel suggest that the disease was already spreading among the French population at the end of December 2019,” they wrote.

The patient was hospitalized on Dec. 27. He has been working as a fishmonger in France for many years and made his last trip to Algeria in August 2019.

Amirouche Hammar, France’s “patient zero”, spoke to French media after the study was published. He said he had not left France before falling sick. Hammar’s wife, who works at an airport, said she thought it was likely that she caught it from airline passengers.

A spokesman for the WHO, Christian Lindmeier, said Tuesday that reports about early cases in France were “not surprising,” encouraging other countries to investigate any other earlier cases.

Meanwhile, a study released last month by Cambridge University in the UK brought forward a similar finding, suggesting that the virus may have been circulating even before December.

“While yet to be peer-reviewed, the latest work suggests that the first infection and spread among humans of SARS-CoV-2 occurred between mid-September and early December,” the university said in a statement on April 9.

To explain the origin of the virus, geneticists from Britain and Germany analyzed 160 complete virus genomes sequenced from patients between Dec. 24 and March 4.

The research revealed three variants of COVID-19, which they labeled A, B and C.

According to the study, type A, “the original human virus genome”, was present in Wuhan, but surprisingly was not the city’s predominant virus type. Instead, the A type was found in patients in the US.

Speaking to Anadolu Agency in a Skype interview, Dr. Peter Forster of Cambridge University said the A type variant is more common outside Wuhan.

“To me, at first glance, it does not look like Wuhan or this Wuhan fish market, which is often being cited in reports. It does not look to me that is the best candidate for the origin of the disease,” he said.

“It looks to me like there is the area outside Wuhan, possibly south of Wuhan, which is where you find a higher proportion of these early A types.”

Were first cases covered up?

With the origin of the novel coronavirus being widely debated, some people accuse the Chinese government of being late in informing the world about the COVID-19 outbreak, allowing the virus to spread.

Chinese authorities have also been widely criticized for tracking down some doctors who tried to inform their colleagues about the dangers of the novel coronavirus.

China, on the other hand, denies all of these accusations.

“There has never been any cover-up, nor was a cover-up ever allowed,” Chinese Foreign Ministry spokesman Zhao Lijian told reporters in a daily briefing on April 17.

As scientists around the world are working hard to provide a better picture on the origin of the novel coronavirus, officially named SARS-Cov-2, more information about early cases will inevitably come to light.

At any rate, many people maintain that thousands of lives could have been saved had governments been quick to act.

Pakistan to bring back over 100,000 stranded citizens