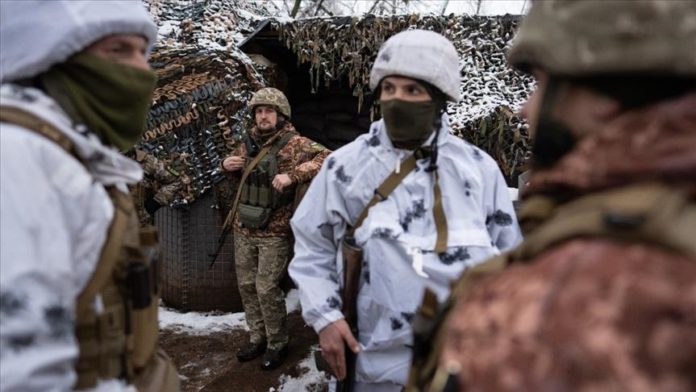 Dialogue is imperative to defuse the Ukraine situation, along with a “clear and consistent message to Russia” that any aggression will not go unpunished, leaders of the UK and Germany said on Friday.

In a phone call, British Prime Minister Boris Johnson and German Chancellor Olaf Scholz agreed “on the importance of dialogue with Russia” and “resolved to use all diplomatic channels available to bring an end to the current tensions,” read a UK government statement.

However, they also “underlined the need for allies to deliver a clear and consistent message to Russia, including on the repercussions of a further Russian invasion of Ukraine.”

“They agreed to continue working together and with other international partners on a comprehensive package of sanctions,” the statement added.

Johnson stressed that “sanctions should be ready to come into force immediately in the event of further Russian incursion into Ukraine.”

He also updated Scholz on his discussions with Ukrainian President Volodymyr Zelensky and Russian President Vladimir Putin earlier this week.

According to a UK government statement on Wednesday, Johnson told Putin that “any further Russian incursion into Ukrainian territory would be a tragic miscalculation.”

Scholz said earlier this week that he plans to visit Moscow for talks with Putin, with the Kremlin confirming that the meeting is “on the agenda” but no date has been confirmed.

Ukraine and Russia have been locked in a conflict since hostilities in the Donbas region broke out in 2014 after Russia illegally annexed the Crimean Peninsula.