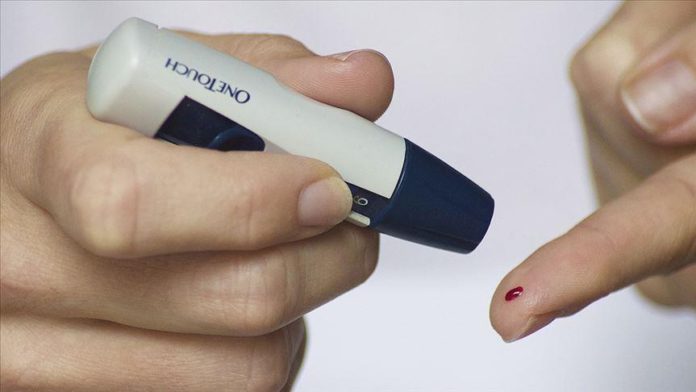 Diabetes is the only significant noncommunicable disease for which the risk of dying early is going up rather than down, the World Health Organization chief said Wednesday.

“The need to take urgent action on diabetes is clearer than ever,” said WHO Director-General Tedros Ghebreyesus in a statement.

The WHO announced the launching of a new Global Diabetes Compact.

The compact aims to boost efforts to prevent diabetes and bring treatment to all who need it ̶ 100 years after discovering insulin, a medicine that helps balance the blood glucose levels of those with the disease.

“The number of people with diabetes has quadrupled in the last 40 years. It is the only major noncommunicable disease for which the risk of dying early is going up rather than down,” Tedros said.

“And a high proportion of people who are severely ill in hospital with COVID-19 have diabetes.”

The WHO chief said that the Global Diabetes Compact would help catalyze political commitment to increase the accessibility and affordability of life-saving medicines for diabetes and its prevention and diagnosis.

The compact was to be launched later Wednesday at the Global Diabetes Summit, co-hosted by the WHO and the Canadian government, with the University of Toronto’s support.

During the event, Kenyan president will join the prime ministers of Fiji, Norway, and Singapore; the WHO Global Ambassador for Noncommunicable Diseases and Injuries, Michael R. Bloomberg; and ministers of health from different countries.

Also participating will be diabetes experts and people living with diabetes to highlight how they will support this new collaborative effort.

Other UN agencies, civil society partners, and representatives of the private sector will also attend.

Canadian Health Minister Patty Hajdu said: “We must each share knowledge and foster international collaboration to help people with diabetes live longer, healthier lives – in Canada and around the world.”

The WHO said that one of the most urgent areas of work is to increase access to diabetes diagnostic tools and medicines, particularly insulin, in low- and middle-income countries.

An important step was the introduction of a pilot program for the WHO prequalification of insulin in 2019.

“Currently, the insulin market is dominated by three companies,” according to the WHO.

It said prequalification of insulin produced by more manufacturers could increase the availability of quality-assured insulin to countries that are currently not meeting demand.

“In addition, discussions are already underway with manufacturers of insulin and other diabetes medicines and diagnostic tools about avenues that could help meet demand at prices that countries can afford.”

Insulin is not the only scarce commodity, many people struggle to obtain and afford blood glucose meters and test strips as well, noted the WHO.

They are placed at avoidable risk of debilitating and irreversible complications such as early death, limb amputations, and sight loss, according to the WHO.

Innovation will be one of the core components of the compact, with a focus on developing and evaluating low-cost technologies and digital solutions for diabetes care.

At least 8 dead after building collapses in India