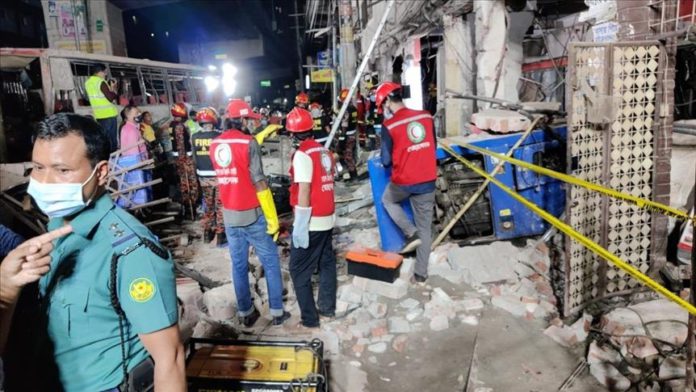 One more person injured in Sunday’s blast in Bangladesh’s capital died at a hospital early on Wednesday, bringing the death toll to nine.

Imran Hossain, 25, an employee of a private company hailing from the central Tangail district, had suffered 90% burns, according to hospital officials.

Authorities are yet to ascertain the cause of the powerful blast at a three-story building in Dhaka’s Moghbajar area that instantly killed seven people and injured more than 50.

Several surrounding buildings and some public buses that were nearby at the time were also damaged.

Police and civil services officials believe it was a gas explosion.

Mohammed Shafiqul Islam, Dhaka’s police commissioner, told reporters that rescue officials found evidence of some sort of gas having been stored in the building.

An investigation is underway and a report is expected within a week, fire department chief Sazzad Hussain told Anadolu Agency.