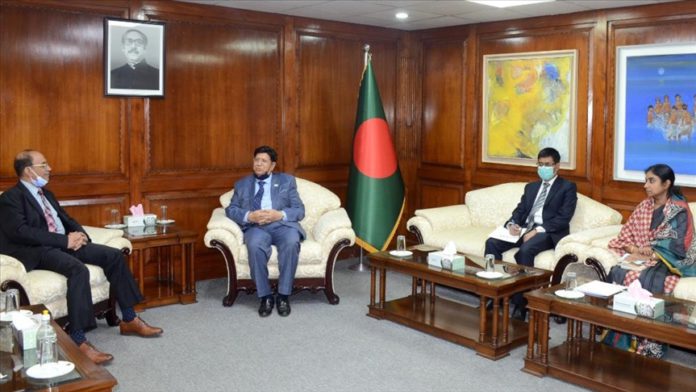 Bangladesh has urged the Organization of Islamic Cooperation (OIC) to help start the repatriation of Rohingya refugees to their home country Myanmar, authorities said.

Bangladesh’s Foreign Minister AK Abdul Momen made the appeal to a five-member OIC visiting delegation led by Assistant Secretary General for Political Affairs Ambassador Youssef Aldobeay, who met him in the capital Dhaka on Monday evening.

“He [Momen] urged the OIC delegation to strengthen their efforts in relation to early repatriation of the Rohingya people who are currently taking shelter in Bangladesh,” said a statement by the Bangladeshi Foreign Ministry.

Bangladesh is now home to more than 1.2 million stateless Rohingya refugees, most of whom fled a brutal military crackdown in home country Myanmar’s Rakhine state in August 2017.

Dhaka signed an agreement with Naypyitaw on the peaceful return of Rohingya in Nov. 2017, but in the last three years, several attempts have been made to begin the repatriation, all in vain.

After the Feb. 1 military coup in Myanmar, uncertainty looms over the already delayed repatriation process.

In reply to the call from Bangladesh, the OIC delegation head Aldobeay, however, stressed “international consensus” for any move. He emphasized the peaceful and sustainable repatriation of Rohingya to their home country with their rights and dignity, and urged Myanmar “to move forward.”

On Sunday, the OIC delegation visited the remote island Bhashan Char in the Bay of Bengal to observe the condition of Rohingya refugees.

Despite the fears of international communities and human rights defenders as they argue that the island is vulnerable to natural disasters, Bangladesh has begun to move 100,000 Rohingya to the island, saying that the settlements there are better than the crammed environment in its mainland camps in Cox’s Bazar, also the world’​​​​​​​s largest refugee camps.