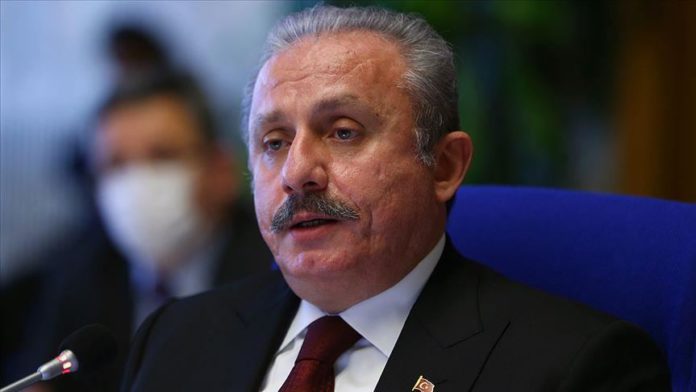 Criticizing police detention of children in France over alleged “apology for terrorism,” the Turkish parliament speaker Saturday described the move as “banditry”.

“This is banditry via the state […] this must be given an account under rules of law,” Mustafa Sentop told a news conference in Istanbul.

Referring to recent developments and remarks in France against Islam and Muslims, Sentop added that these have worried all Muslims living in the Islamic world for a long time.

On Thursday, four children aged 10 were held under police detention for more than 11 hours in Albertville, France, on charges allegedly related to “apology for terrorism,” the father of one of the detained children said.