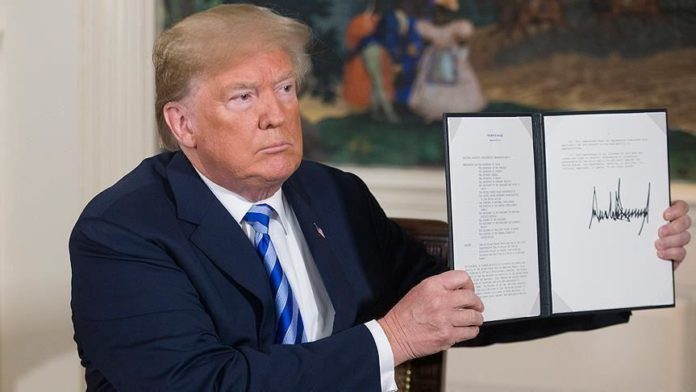 US President Donald Trump said Tuesday he has “no problem” selling F-35 fighter jets to the United Arab Emirates (UAE), hours before a peace signing ceremony between Israel, the UAE and Bahrain at the White House.

Following an announcement of a UAE-Israel normalization deal last month, Israeli Prime Minister Benjamin Netanyahu said the agreement does not include selling F-35s to the UAE, maintaining Israel’s objection to giving advanced arms to Arab states.

– US may have coronavirus vaccine ‘in matter of weeks’

In another part of the interview, Trump claimed a coronavirus vaccine may be approved “in a matter of weeks,” as he praised his efforts with the Food and Drug Administration (FDA) to accelerate approval methods.

He said his push to begin delivering millions of doses of a vaccine by the end of 2020, called Operation Warp Speed, has “no political” intent.

“I’m not doing it for political reasons, I want the vaccine fast,” Trump said.

His remarks came after senior Democrats cast doubt about the safety of a potential vaccine.

“I would want to see what the scientists said,” Democratic presidential nominee Joe Biden told reporters last week in response to whether he would take a vaccine if it is approved before Election Day on Nov. 3.

His running mate, Senator Kamala Harris, also said she would not take Trump’s word about a vaccine.

The US is the worst-hit country by the coronavirus pandemic with more than 6.5 million cases and nearly 195,000 fatalities, according to Johns Hopkins University. In all, nearly 2.5 million recoveries have been recorded.