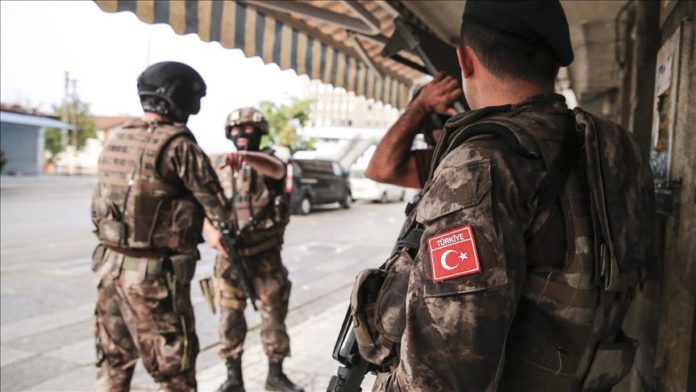 Turkey’s deputy foreign minister said Thursday his country is the only nation within the Global Coalition to Defeat Daesh fighting in close fight against the Daesh/ISIS terror group.

Sedat Onal joined a virtual meeting of foreign ministers of the Global Coalition to Defeat Daesh/ISIS Small Group via the internet where he stressed the importance of Ankara’s effort in fighting the terror group.

Onal said Turkey is the only country that has fought in close fight against the Daesh/ISIS terror group despite the possibility of suffering martyrs.

He said it is necessary to work with legitimate partners to combat all types of terrorism.

A declaration published after the meeting noted the fight against Daesh/ISIS should be carried out only in cooperation with legitimate local partners.

It also highlighted the importance of the coalition’s continued preparedness against all forms and varieties of terrorism.

Onal said that unlike Khalifa Haftar — the putschist leader of the illegitimate armed forces in the eastern Libya — and his militia, Turkey is engaged in efforts to establish peace and stability in Libya at the invitation of the government and in accordance with the UN Security Council’s decisions.

Democracy and Liberties Island to open to world