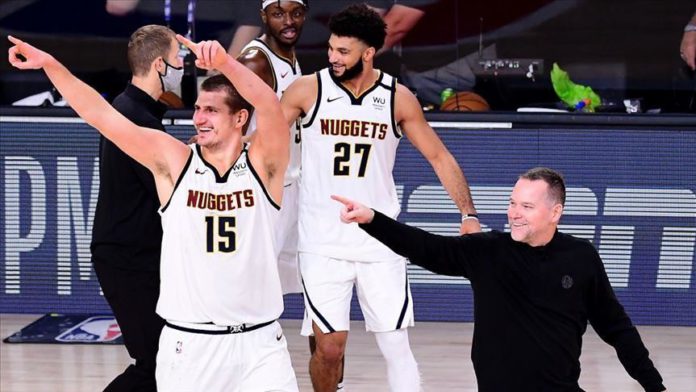 The Denver Nuggets have made NBA history as the first team ever to overcome a 3-1 deficit twice in the same playoffs.

The Nuggets moved to the Western Conference finals late Tuesday after defeating the Los Angeles Clippers 104-89 to win the series 4-3.

Denver’s duo of Jamal Murray and Nikola Jokic had great form to lead their team to victory over the Clippers.

Murray added 40 points while Jokic had a triple-double with 16 points, 13 assists, and 22 rebounds.

On the losing side, Kawhi Leonard played with 14 points as Paul George scored 10.

Montrezl Harrell came off the bench to add 20 points.

After reaching the Western finals for the first time since 2009, the Nuggets are set to face the Los Angeles Lakers to advance to the NBA finals.

When the Heat led the game with 114-116, Adebayo blocked Jayson Tatum with 2.5 seconds remaining in overtime.

Then Adebayo hit a free throw and Tatum missed a three-pointer, and the Heat sealed a 117-114 victory over the Celtics.

For the Heat, Goran Dragic racked up 29 points while Jae Crowder scored 22.

For the Celtics, Tatum produced 30 points and Marcus Smart added 26.