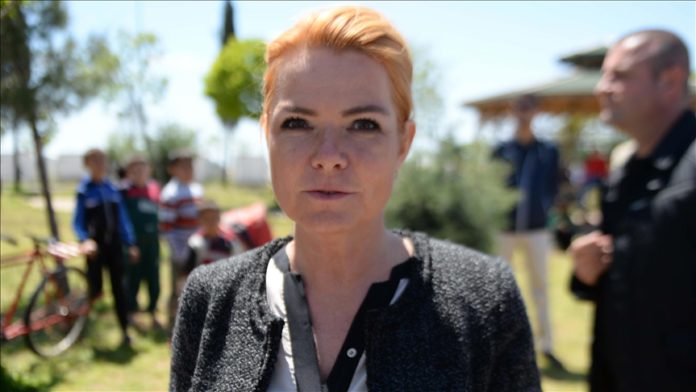 Denmark’s former immigration minister resigned from the Liberal (Venstre) Party after the party lawmakers voted to send her to court over a controversial order while on duty.

Speaking to Danish daily Skive Folkeblad, Inger Stöjberg said she had no place in the party, pointing to her dispute with the party’s leader Jakob Ellemann-Jensen, who also voted to send the former minister to the Supreme Court.

In 2016, Stöjberg issued an illegal order to separate married asylum-seekers if they are under the age of 18.

She said that the Liberal Party, under the leadership of Jakob Ellemann, is “rapidly moving away” from the values that she has defended.

“This is endlessly hard for me, but it couldn’t be any different. In the period I’m in now, being an independent is the best way I can continue to fight for the values I stand for,” she said.

In a vote on Feb. 2 in Danish parliament, 141 out of 171 members of the parliament voted to send the former minister to court.

On the other hand, eight members of the Liberal Party, former Prime Minister Lars Lökke Rasmusse, far-right parties and the Danish People’s Party voted against sending Stöjberg to the Supreme Court.

* Writing and contribution by Iclal Turan in Ankara