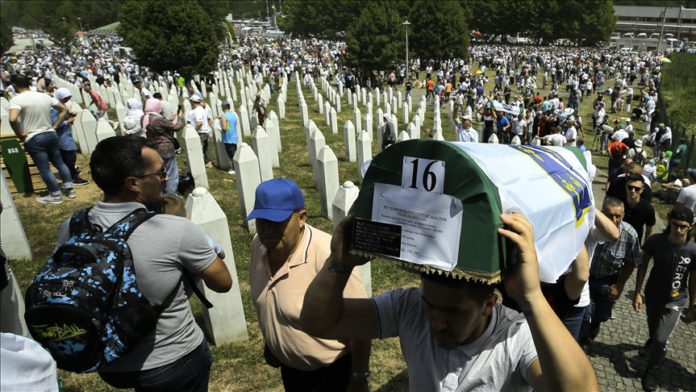 Denial of the Srebrenica genocide, in which more than 8,000 Bosnian Muslims were murdered by Bosnian Serb forces, continues in the region to this day, according to a new report released this week.

“Genocide denial, including the glorification of war crimes and criminals, remains widespread in both Bosnia and Herzegovina and neighboring countries,” said the Srebrenica Genocide Denial Report 2021, published by the Srebrenica Memorial Center on Friday.

According to the report, there were 234 instances of genocide denial in the regional public and media discourse over the past year – 142 in Serbia, 60 in Bosnia and Herzegovina, and 19 in Montenegro.

“The three most common rhetorical tactics used in genocide denial remain disputing the number and identity of victims, conspiracy theories which challenge the rulings and integrity of international courts, and nationalist historical revisionism,” said the report, which included data from between May 1, 2020 and April 30, 2021.

“Attempts to silence or disparage public discourse about the genocide” and “portraying the recognition and memorialization of the genocide as an attack on the Serbian people” were among the common practices used for denial, the report said.

“Obstruction of the adoption of legislation banning genocide denial” and “opposition to the official recognition or condemnation of the genocide by states, local governments, and institutions” were also used to deny the atrocity, it added.