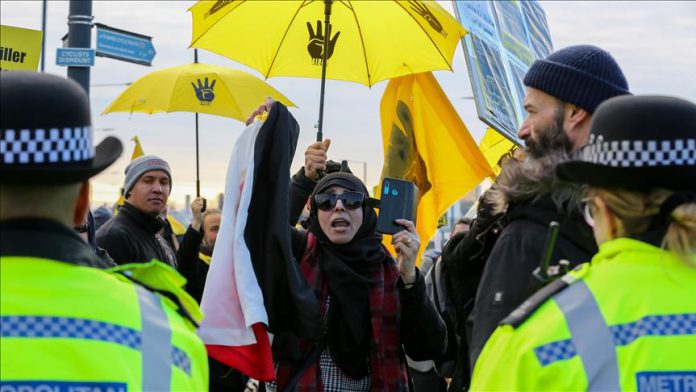 Demonstrators protested on Monday against Egypt’s president in London, where he is attending a U.K.-Africa investment summit upon the invitation of British Prime Minister Boris Johnson.

Protesters gathered upon the call of the Istanbul-based Egyptian Revolutionary Council in front of the Intercontinental Hotel O2, where the summit is being held, and chanted slogans and held posters against Johnson and Egypt’s Abdel Fattah al-Sisi.

The head of Egyptian Revolutionary Council Maha Azzam told Anadolu Agency that all “free Egyptians” had gathered there to protest the presence of Sisi.