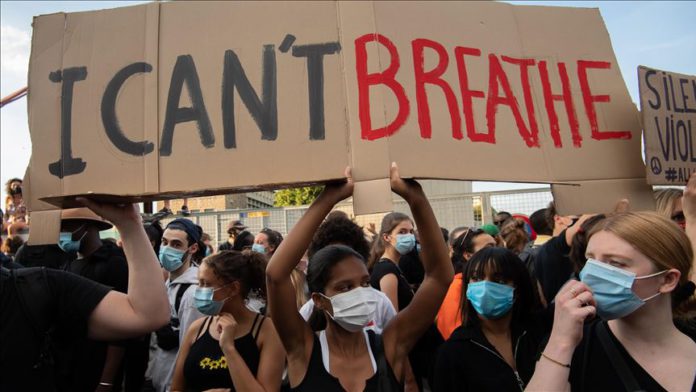 Thousands of protesters gathered here Friday night in solidarity against the killing of a black man, George Floyd, in the US at the hands of a white police officer.

Demonstrators shouted against police brutality and racism and some held signs against discrimination.

Protesters held a minute of silence for Floyd, and demanded justice for Adama Traore, a 24-year-old black man who died while pinned to the ground by three French police officers in 2016.

Many activists wore black dresses to show solidarity with blacks.

Floyd, a 46-year-old African-American, was filmed gasping for air and pleading for breath as Derek Chauvin, a white police officer, kneeled on his neck for nearly nine minutes.

Floyd was killed by “asphyxiation from sustained pressure,” an independent autopsy found Monday