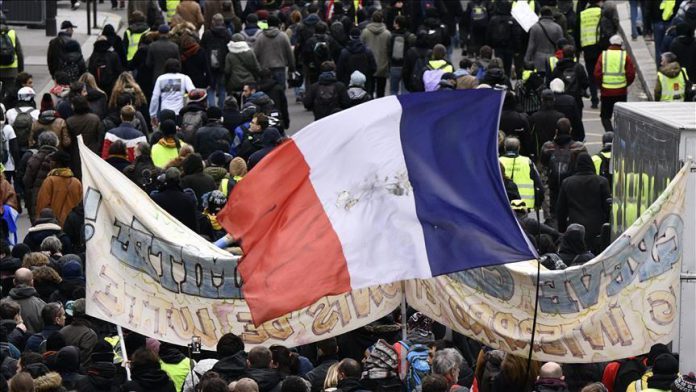 Protesters will mobilize Saturday and Sunday against the Macron government’s planned reform of the national pension system.

The shutdown of much of the metro lines, buses and commuter rail has been the focus of the SNCF and RATP unions, and their actions have crippled not only Paris but towns and villages countrywide.

Union leaders met with Prime Minister Édourd Philippe and other officials Friday but both sides failed to reach a compromise, one that French Finance Minister Bruno Le Maire said Monday had “never been so close.”