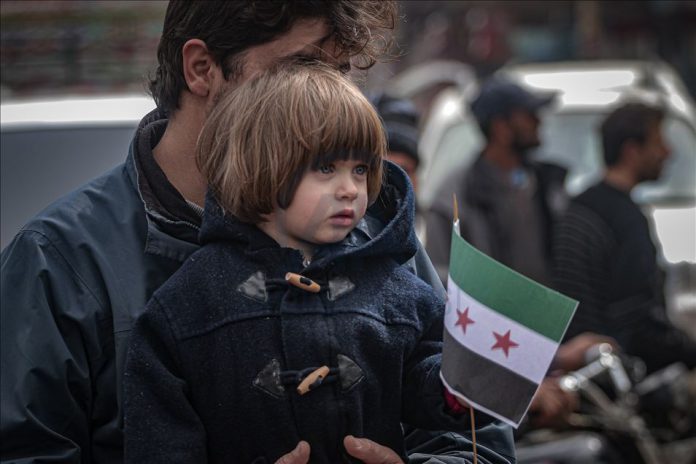 A demonstration was held in northwestern Idlib province of Syria to show support after Turkey and Russia agreed in Moscow to a new cease-fire in the war-torn province.

The crowd gathered in the city center in Idlib, carrying banners reading: “The revolution is ongoing,” “Turkish martyrs are our brothers, we are very upset,” and “Assad is a war criminal”.

IDLIB, SYRIA – MARCH 06: A man holds a child during a support rally for Turkey following the ceasefire agreement between Turkey and Russia in Syria’s Idlib on March 06, 2020. ( Muhammed Said – Anadolu Agency