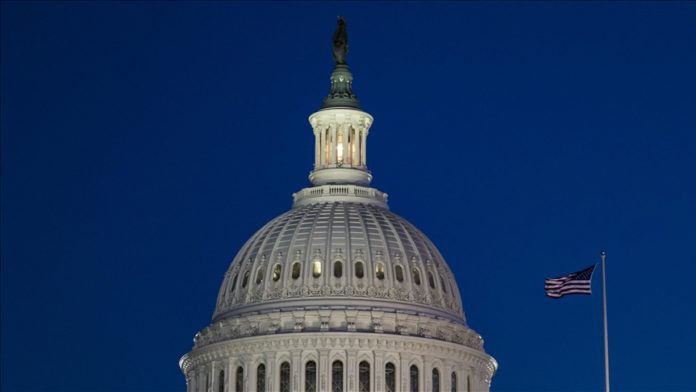 A bicameral group of Democratic lawmakers urged President Joe Biden on Thursday to overhaul the US’ international counterterrorism operations, including its drone targeting criteria, as he carries out a policy review.

“We strongly urge your Administration to review and overhaul U.S. counterterrorism policy to center human rights and the protection of civilians, align with U.S. and international law, prioritize non-lethal tools to address conflict and fragility, and only use force when it is lawful and as a last resort,” the lawmakers said in a letter to the president.

The group of 11 senators and 39 from the House of Representatives who penned the letter includes a wide swathe of the Congressional Progressive Caucus, including Independent Senator Bernie Sanders who caucuses with the Democrats. The effort was led by congressman Ro Khanna and senators Elizabeth Warren and Chris Murphy.

The letter said the Biden’s administration has “an opportunity to end” a repeated pattern of “civilian casualties arising from secretive and unaccountable lethal operations” that has spanned multiple administrations for the past two decades.

Instead, they wrote, Biden should pursue a “rights- based counterterrorism strategy that emphasizes the rule of law, with sufficient controls and limitations on the use of targeted strikes; leads with diplomacy, peacebuilding, and human rights; prioritizes the protection of civilians; and only uses lethal force when it is lawful and as a last resort.”

“The continuation of status quo policies that have flouted Executive and Congressional oversight and resulted in devastatingly high numbers of civilian casualties would run contrary to the Biden Administration’s commitments to end our forever wars, and promote human rights and our core democratic values,” they said.

The letter comes one day after the New York Times published a declassified video of a deadly botched Aug. 29 drone strike in Kabul, Afghanistan that led to the deaths of 10 civilians, including seven children.

The strike was carried out in the final days of the US occupation of Afghanistan.