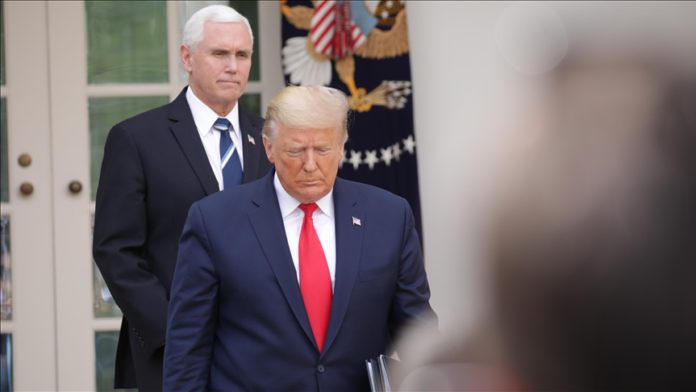 “Dear @VP @Mike_Pence: You need to start the 25th Amendment. @realDonaldTrump is detached from reality,” he wrote on Twitter.

His call came amid violence in the US capital of Washington, D.C. after Trump supporters stormed the Capitol building.

According to the amendment, in case of the removal of the president from office or of his death or resignation, the vice president shall become the president.

The president can be removed if the vice president and a majority of the cabinet determines he or she is “unable to discharge the powers and duties” of the office.

Separately, another Democratic House member, Ilhan Omar, said Trump should be removed from office and she will initiate procedures towards that end.

“I am drawing up Articles of Impeachment. Donald J. Trump should be impeached by the House of Representatives & removed from office by the United States Senate. We can’t allow him to remain in office, it’s a matter of preserving our Republic and we need to fulfill our oath,” Omar wrote on Twitter.

Security officers were seen in photos posted on social media drawing their pistols as rioters attempted to breach the House chamber where the voting counting was to take place.

At least one woman was shot amid the ongoing pandemonium, according to video footage aired on television. It is unclear who fired the shot. She is in critical condition, per reports.

Multiple police officers have also been injured, according to reports.