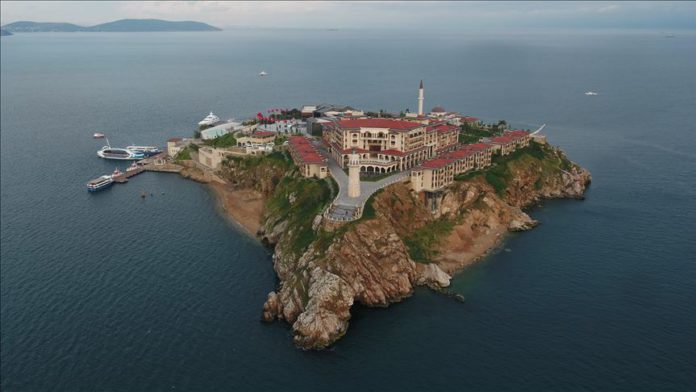 Turkey’s Democracy and Liberties Island, which was inaugurated Wednesday to mark the 60th anniversary of the country’s first-ever military coup, will also open to the world.

Yassiada, one of the Princes’ Islands located in the Sea of Marmara southeast of Istanbul, is notorious for jails and trials from the 1960 military coup. It was renamed Democracy and Liberties Island in 2013.

The island is where Adnan Menderes, Turkey’s first democratically elected prime minister, along with leading Democratic Party (DP) members were arrested after the May 27, 1960 coup and later jailed and tried.

The island, leaving its dark history behind, has been converted into a congress center and open-air museum and will be available for daily visits.

– Island to have national, international functions

Democracy and Liberties Island will have two main functions. First, it will be a memorial to the Menderes era.

Moreover, the island will host national and international democracy and human rights meetings, and the experiences in this area will be shared on a global level.

The hall where the trial was held was converted into the May 27 Museum. It exhibits the documents, chairs and microphones used during the trial as well as wax sculptures.

Another structure on the island — the “Democracy and Liberties Museum,” covering a 7,768-square-meter area — conveys the world’s experience of democracy and history of human rights.

A documentary is also shown in the hall.

The island also showcases sculptures and objects in open spaces.

At least 40,000 trees were planted on the island, while the existing trees and registered buildings are protected.

It also has a library, exhibition hall, viewing terraces and Democracy Park.

The 24-meter-long Democracy Lantern symbolizes the transition from darkness to light and the future of democracy.