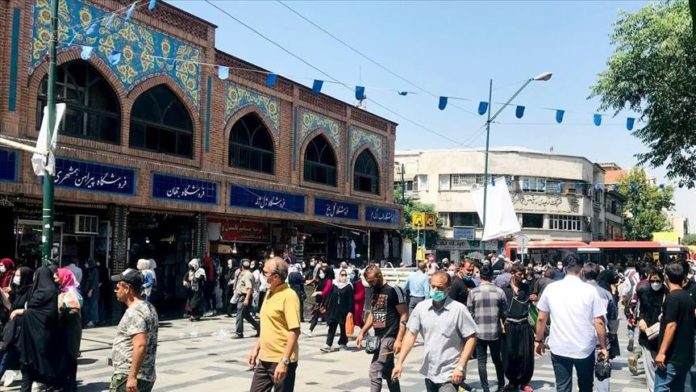 The Delta variant of COVID-19 has seen a sharp spike in Iran in recent weeks, with the number of cities marked “high risk” jumping to 92, according to the country’s anti-coronavirus headquarters.

Speaking to reporters on Saturday, Alireza Raeisi, the spokesman for Iran’s national anti-coronavirus headquarters, said the new variant, which first emerged in India, has spread across the country, especially in southern, eastern and southeastern provinces.

He said adherence to health protocols has also dropped “below 70%”, warning of more infections and hospitalizations if the variants with “high transmission rate” are not contained.

Raeisi said the cities marked as “red” (high risk) have increased to 92 from 63 last week, including Tehran, where new infections and hospitalizations have surged alarmingly.

However, the province that has complicated the fight against the pandemic is southeastern Sistan-Baluchistan, bordering Pakistan and Afghanistan, where the situation has been reported as critical.

On Wednesday, a lawmaker from the province had warned of a “humanitarian catastrophe” if attention is not paid to the unfolding crisis in the province.

President Hassan Rouhani, addressing a meeting of anti-coronavirus headquarters in Tehran on Saturday, also expressed grave concern over the evolving situation, saying the Delta variant has made inroads into the country from the south and southeast.

Terming the new variants “dangerous and incurable”, he said public gatherings during the recent Tehran City Council elections had contributed to the latest spike in infections.

Meanwhile, Raeisi said vaccine rollout will intensify from this week, as the production of two domestically-produced vaccines and import of foreign vaccines continues.

According to officials, the cases are likely to increase in coming days with a surge in new hospitalizations.