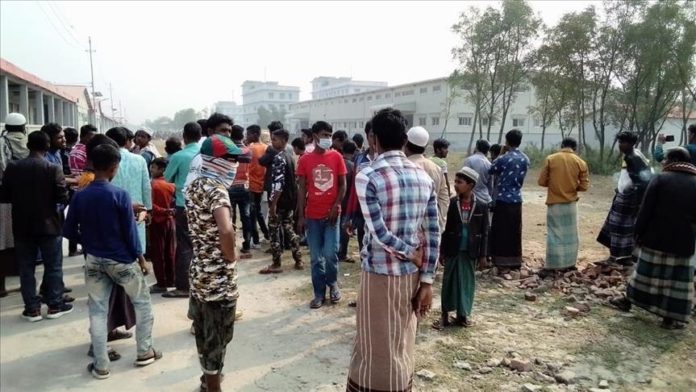 The 1,086 Myanmar citizens were sent back on three navy ships sent by Myanmar’s military, just hours after the Kuala Lumpur High Court ordered the Malaysian government to stop the process in response to a judicial review request by two rights groups.

Amnesty International and Asylum Access said the government was aiming to send back a group of 1,200 people that includes minors who would be separated from their families, refugees, and asylum seekers who may face threats from Myanmar’s military junta.

However, a top Malaysian official asserted that the repatriated Myanmar nationals did not include Rohingya refugees or asylum seekers.

“All of those returned had agreed to be sent back voluntarily without being forced by any party,” said Khairul Dzaimee Daud, director-general of Malaysia’s Immigration Department.

Katrina Jorene Maliamauv, head of Amnesty International Malaysia, rejected the claim as “patently false” and said the deportation was “inhumane and devastating.”

“It appears the authorities railroaded this shockingly cruel deportation before any proper scrutiny of the decision,” she said in a statement.

“Authorities insist those deported agreed to return voluntarily – but the options for people and their families were between indefinite detention or returning to an extremely volatile situation amid a coup.”

She said the hearing of the judicial review will still go ahead “and must reveal answers about what has occurred.”

“An event like today’s deportation – undertaken in secrecy, and without access for the UN to vulnerable people – must never be allowed to happen again,” Maliamauv said.

“We call on Malaysian authorities to respect its obligations under international human rights law, to ensure safe and voluntary repatriation, with access to UNHCR to assess those being deported.”

'Nigeria has failed to tackle impunity of SARS police’