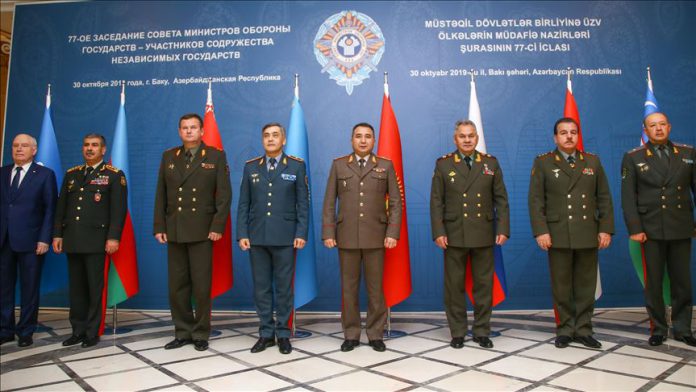 Top military officials and defense ministers gathered in Baku, Azerbaijan on Wednesday for a meeting.

The Council of Defense Ministers of the Commonwealth of Independent States (CIS), a regional Eurasian bloc, saw the participation of Russia, Azerbaijan, Belarus, Kazakhstan, Uzbekistan, Tajikistan and Kyrgyzstan.

The concept of military cooperation of CIS members until 2025 was discussed.

Also, a common monitoring and evaluation system for radiation, chemical and biological warfare came under discussion.