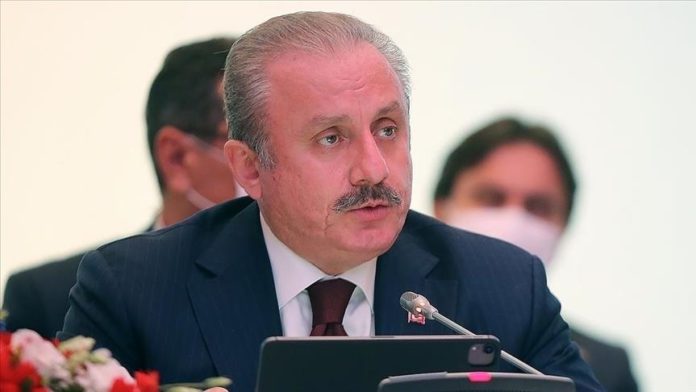 The defeated coup in 2016 was a foreign-backed occupation attempt against Turkey, the country’s parliament speaker said on Thursday.

“The July 15 is not a political discussion, but it is our nation’s struggle for existence and non-existence. This coup attempt is a foreign-supported occupation movement against Turkey,” Mustafa Sentop said on the fifth anniversary of the deadly coup attempt by the Fetullah Terrorist Organization’s (FETO).

July 15, the day of the defeated coup, is now marked in Turkey as Democracy and National Unity Day, with commemorations held across the country.

Sentop reiterated in parliament during the commemoration ceremony that the FETO had infiltrated the country’s judicial, military and civil bureaucracy.

“As the FETO apparatus was dismantled, Turkey began to take more confident and determined steps towards its national goals,” he said.

“The distinguishing feature of the putschists and their supporters in Turkey is that they are not national in any way,” he said.

FETO and its US-based leader FetullahGulen orchestrated the defeated coup of July 15, 2016, in which 251 people were killed and 2,734 injured.